In Pursuit of Slimness: Why Does Size Matter? I read a study a few years ago that indicated that if a women thinks she is a smaller size she will buy more clothing.  The fashion industry’s solution to this?  Glamour sizing.  If you’ve been living under a rock, glamour sizing is the act of putting a smaller label into a larger sized garment which gives women the false belief that they are smaller than they actually are.

Sure, we all act like the size on a label doesn’t bother us, but after nearly nine years of running this company, and dressing hundreds of women, I can confidently say that most women who say that it doesn’t matter are liars.  I’ve watched oodles of smart, confident and successful women dance up and down when they can get into a smaller size while shouting “I know this isn’t really a size 10, but I don’t care, I’m wearing a 10!”  I’ve watched women feel deflated, beat themselves up or vow to get to the gym more often when they need to size up in a pair of pants.  I’ve seen dozens of women okay with being lied to as long as the label validates that they’re slim enough.  Regardless of what we think or say, the size of a label affects our mood, our shopping habits and the overall way we feel about ourselves.

Prior to starting Bridgette Raes Style Group in 2002, I worked as a fashion designer for nearly a decade.  I’m one of the few people in this world who has had the luxury of seeing the fashion industry from both perspectives, the designer’s and the shopper’s as a style consultant.  While I will admit, I too can be a victim of size labels, I also understand just how arbitrary sizing labels are.  The fashion industry has absolutely no sizing standardization, whatsoever.  One must look at the sizing on a label to be as  grounded in any reality as a unicorn seen in captivity is.  At this point women are educated to know this…cerebrally but, given the response in a dressing room when she can’t get a zipper all the way up, I really wonder if she really does.

I don’t think one blog post could explore all the factors as to why women are so psychologically dependent on the size of their clothing, especially when that size has absolutely no meaning, yet I want to share some thoughts.

We’re obsessed with thinness.  We tend to treat plus-size people as second class citizens.  We find our worth in our outer appearance.  We’re so obsessed with being skinny because the way society perceives being large.  Even if it is psychological, that teeny-weeny number on a label assures many women that they’re not one them– the untouchables who are fat, who society tells us are sloppy, lazy, aren’t good enough, not acceptable and certainly not worthy enough to matter.

We never really leave high school, if you think about it.  In high school, there is a collective reality that is agreed upon.  It’s not like the student body holds a meeting to decide this, it is simply understood amongst classmates.  If you look, act and behave in this manner then you are good, accepted and maybe even popular….you matter.  Everyone else is a castoff who doesn’t.  Many (almost all) take a lot or a little of this attitude into adulthood.  Life often becomes the reality version of the movie Mean Girls.  Yet, instead, the way we collectively judge is on things like money, status and slimness.  Desperate to be part of the “in group” we get giddy when we slip our over-aerobicized starving bony asses into a size zero while subconsciously thinking,  “Yes, I’m good enough, yes I matter.”  Compound this by the ridiculous amount of reality television stars who are famous for doing nothing but being skinny and fabulous, and you have a hotbed for low self esteem and women obsessed with the size of a pair of jeans…along with how expensive they are.

Over the past few days several people shared a few links and articles with me on sizing.  One was from the New York Times that addressed the dilemma of sizing with hopes to eliminate the frustration found in the inconsistency of one being a size 0 in one brand a size 8 in another.  There is actually a body scanner called My Best Fit that will be premiering in malls around the country (Currently found in King of Prussia Mall.)  This scanner scans your body and gives you a printout of your size at the participating stores found in that mall.  In one store you may be a 4 and another a size 8.  A time saver, for sure, but can you imagine the reaction of some women when the print out says they’re a size 10 and not a size 4?  I wonder how many “Excuse me, this machine must be broken” the scanner operator will hear?

I also read about another solution called Fitlogic, created by Cricket Lee, that sizes clothes into three categories based on body shape was introduced a few years back but fell flat.  The concept was too confusing, which doesn’t surprise me, most of my clients have no idea what their body shape is.

Yes, I feel hopeful about new systems being created to at least help women avoid the hassle of having to lug an entire size range of one pair of pants into the dressing room just to maybe find a pair that fits.  Yet, until self esteem and personal validation stops being found in the slimness of a person, the sizing dilemma will always exist. 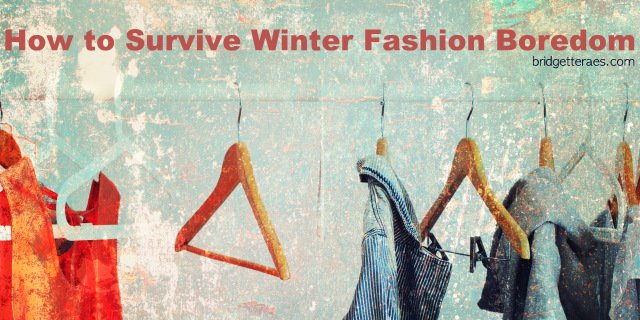 How to Survive Winter Fashion Boredom 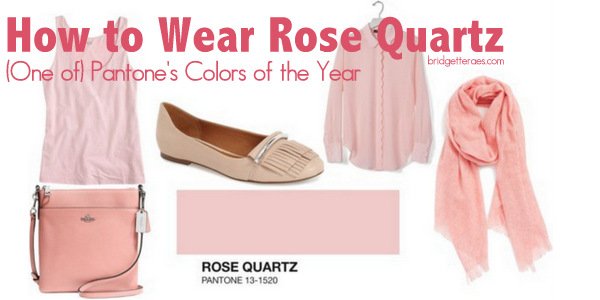 How to Wear Rose Quartz, One of Pantone’s Colors of the Year 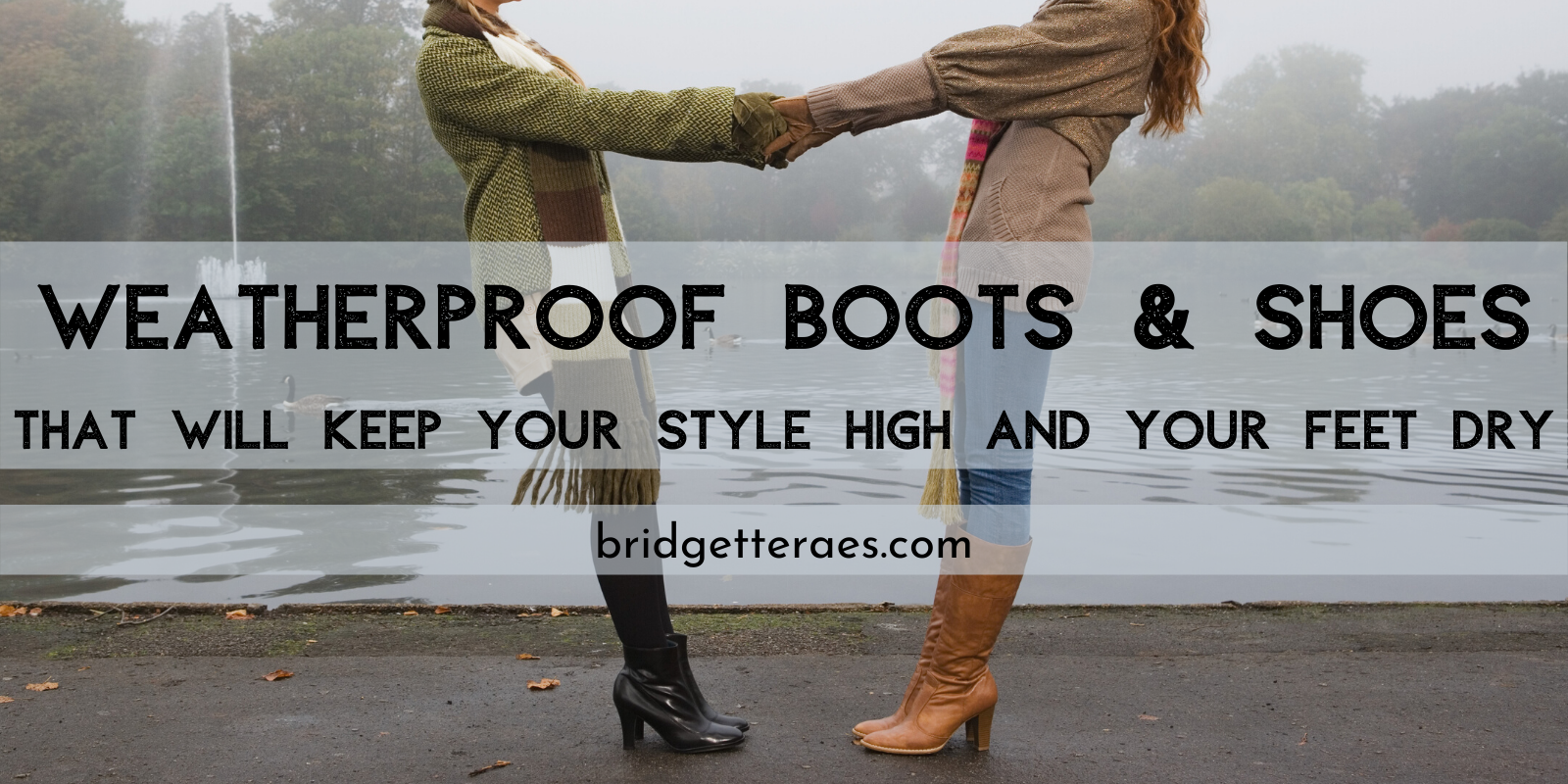 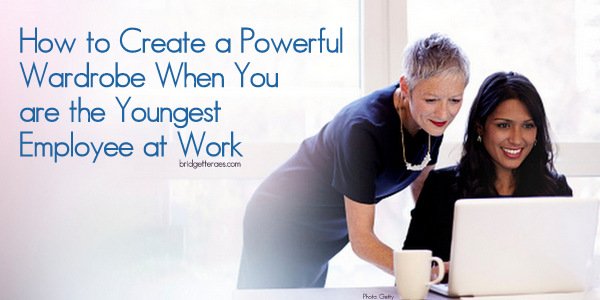 Bridgette is correct. Size does matter. There are some designer Liz Claireborn for example, that are senstive to women who don’t have a small waistline. So if you are normally a size 12, you might fit into a size 10 Garment designed by Liz. You feel good about yourself, definitely. I know I do.

I would think that simply having lovely well-fitting garment would be it’s own reward., regard;less of an arbitrary number attached to it. For example: What if the reverse were true – what if Liz’s garment fit you just the same, you looked and felt fabulous in it – but the sizing instead worked in the opposite direction; i.e., So the ‘average size 12’ dress would instead be labeled as a 14. Same dress, same fit, everything exactly the same except the number: Would that actually somehow cause you to feel less good about yourself or the dress? Would you allow that number to cause you to feel bad about yourself? You should feel good about yourself for yourself – not for some arbitrarily assigned number!

I do exercise, and watch my eating patterns, but I’m trying to focus on my ‘big three’: heart, lungs, blood vessels. Doing that will almost certainly make me healthy, if not thin. And healthy is more attractive than not healthy.

And “alive” is more attractive than…the other thing.

I was astounded as I was reading this. Are most people really that obsessed with the number on a size tag? I look for attractive, well made clothing that fits well – I don’t give a rat’s @$$ what the size label says. My gripe with clothing is that, as a ‘mature’ (50 year old) ‘larger’ woman, I find it is exceedingly difficult to find attractive, well made clothing that fits well, no matter WHAT the size on the tag. Too much of the clothing is cheesy, or sleazy, or poorly made, shoddy materials etc. Or, if it’s reasonably well-made, it’s often downright dumpy & frumpy. I don’t care what the size label says – I want well made clothing in flattering styles and colors that fit well. It can say size 3, or 30, or anything in between! Al i use size for is to get an idea of where to start – I certainly wouldn’t purchase or not purchase something based on the size tag! good grief…

Well, I’m too ‘mature’ for the ‘young'(er) styles, and still much too young for the ‘old fogey’ stuff. So what would you have me call it? I’d be delighted to use whatever terminology you think is apporpriate – just let me know what that would be! lol

Are women obsessed with the number on the tag inside their skirts? Some are, although I think they’re a minority. However, there are clusters of women who do this, and one cluster seems to be in the media, where they can tell us that it’s the norm.

I’d love to even be able to say ‘I’m a size whatever’ – regardless of the size – and be able to be accurate. Men can say neck / arm/ chest/ waist/ inseam measurements, and you know what you are dealing with. The sizing ‘system’ (and I use the term very lightly!) for women can drive a person crazy… or at least, make one very cranky!

That’s my problem – I’m fairly tall but I have disproprtionately long arms and legs. That means a ‘long sleeved’ top hasn’t reached my wrists since age 10 or so. I saw the article in the NY Times, and the biggest issue to me wasn’t how a size “8” in one store was a “4” in another but how *each* manufacturer assumed a different (sometimes a vastly different) bust-to-waist-to-hip ratio. And the unmentioned reality that they assume a handful of women are under 5’3″ and few if any are over 5’7″

Your timing on this is spot on. I had a customer in my store over the past month who loved a dress. She tried it in a Medium and a Large. She looked very nice in the Large. She originally bought the Medium, came back and tried on the Medium and the Large, left with the Large and then today returned the Large because she said she couldn’t stand the thought of wearing a Large. What is size if you look good in what you are wearing?

Size only matters if your clothes are too small!

It’s been like this forever. In the mid 70s I worked for a very elite department store where women would come in and have their clothing resized, let the seams out as far as possible, just so they could have smaller size on the tag. I altered many outfits for this reason even adjusting the shoulder width if necessary. The size two we wore back in 70s do not equal a size two today, not with the glamour sizing.