Talk Derby to Me! Derby Hats, Hats and more Hats! 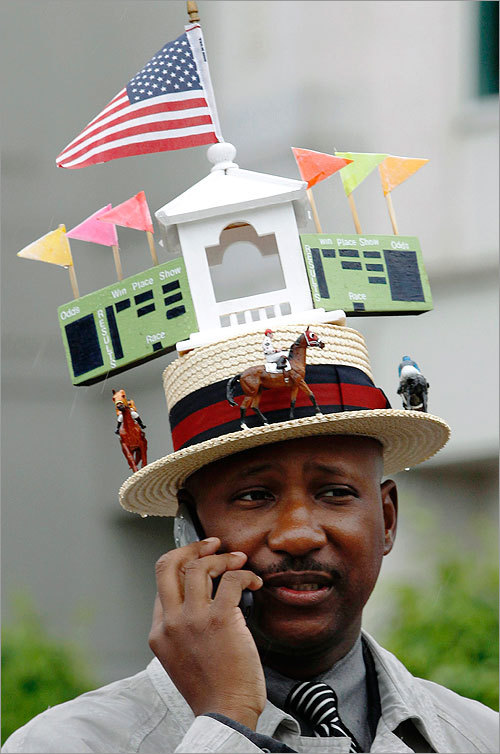 More popular than the race itself, The Kentucky Derby is known for its fashion, in particular the Derby hats worn by those in attendance.  We’ve been talking a lot about hats here lately, but with the trending of the fascinator and the historic Derby hat, it has been all about the hats.

The Kentucky Derby is quite possibly the most anticipated horse race in the U.S.. It’s been called  “The Most Exciting Two Minutes in Sports” or “The Fastest Two Minutes in Sports” for its approximate duration, and is also called “The Run for the Roses” for the blanket of roses draped over the winner. It’s  held annually in Louisville, Kentucky, United States on the first Saturday in May, capping the two-week-long Kentucky Derby Festival. The race is one and a quarter mile at Churchill Downs.

Let’s take a look at some of the Kentucky Derby 2011 fashion highlights: 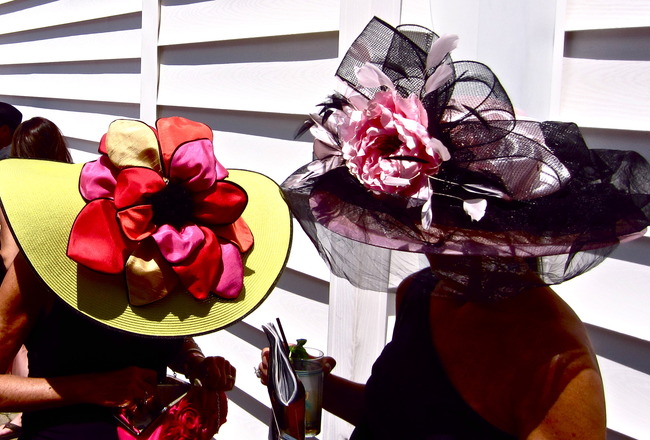 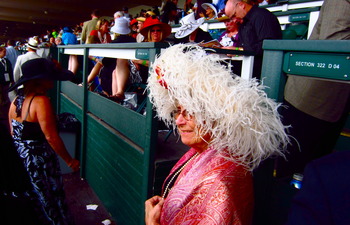 Dogs are allowed…as long as you carry them on your head (Photo courtesy of Bleacherreport.com)

Usually, size matters at The Derby. But this woman felt otherwise, or her hat shrunk (Photo courtesy of BleacherReport.com)

This woman was headed to the bar to get a Mint Julep because she was getting the vapors, I’m sure. (Photo courtesy of Beaumont Enterprises)

This balloon hat was made by a clown with teeny-tiny fingers. (Image courtesy of Beaumont Enterprises) 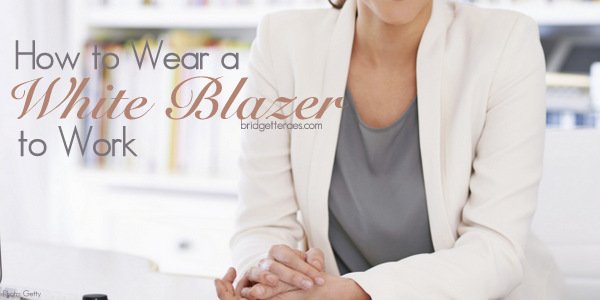 How to Wear a White Blazer to Work

How to Put a Stylish Outfit Together: An Easy Three Step Approach 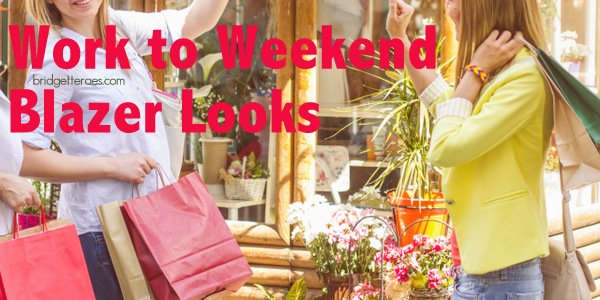 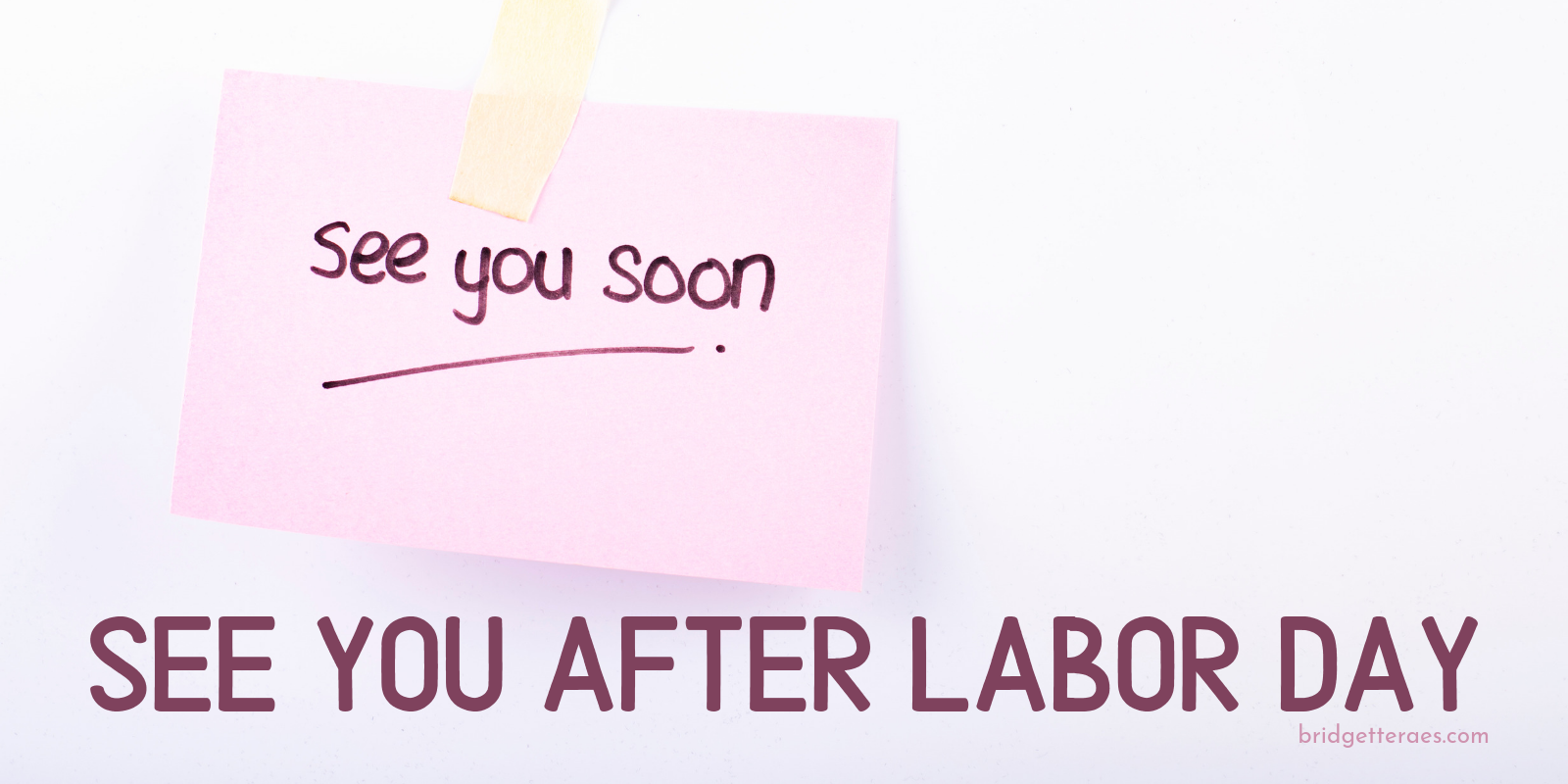 See You After Labor Day: In the Meantime…