The Use of Plus Size Women in Fashion isn’t the Answer, Diversity Is 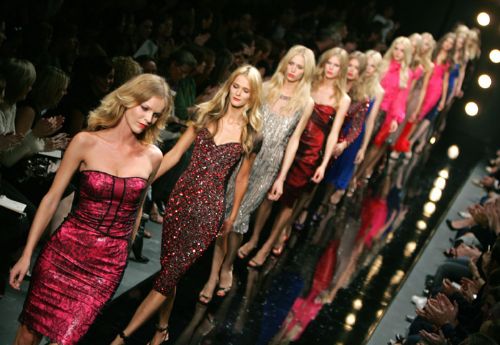 I find myself reticent to even touch this topic of the shapes and sizes of women models used in fashion shows.  It’s a hot button issue that really has no right or wrong answers; an argument that can’t be settled where people just need to agree to disagree.  Yet, as someone who has been a voice on body image and a proponent for the use of more realistic women to sell fashion, I also feel a certain obligation to talk about this.

I read an article today about Last week’s Mercedes-Benz Sydney Fashion Festival prompted heated debate among designers and commentators, including whether larger or plus size models encourage obesity in the same way thin ones are accused of promoting anorexia.

Really?  This is a concern?

No matter who gets tossed down a runway, I seriously doubt this is going to create a hot trend in being obese.

So, let’s talk about this real issue instead: Why does the fashion industry live in such extremes?  I applaud designers striving to use models who don’t look like they ate a raisin for lunch, chased with a cigarette and a Red Bull, however, using plus sized models in fashion; we’re not even in the same galaxy of addressing the actual problem.  And, what is the actual problem, you ask?  Well, I’ll take a stab at it.

It’s not about extremes, it’s about diversity.

The world isn’t fat or thin.  Body-wise most of the world falls between the two extremes and most of us, regardless of where our bodies stand within those extremes, have our own oddly placed lumps and bumps unique to us.   In nine years of working with clients I have never had two clients with the exact same body proportion or shape.  Amazing to think, right?  I’ve stared at the bodies of hundreds of women yet every one of them has been unique with their own makeup of proportions.

Therefore, clearly, one fashion editorial layout or a fashion show could never capture all the shapes and sizes we come in, which is fine because I don’t think that is what women want to look at either, necessarily.  As much as women cry that they want to relate to the women on the catwalk or in magazines, to see their own group of  body flaws parade down the runway wouldn’t be all that inspiring or aspiring to them.  However, what they do want to see staring back at them when they look at the models wearing fashion is reassurance, reassurance that if a body isn’t perfectly proportioned that it is okay.  They want to see that being normal looking is, well, normal. 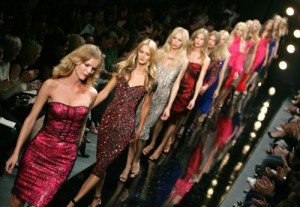 The only fashion show that I’ve been to (and I’ve been to a lot) where a designer received applause halfway through the show was in 2006 by the late Charles Nolan.  I should point out that during most fashion shows, attendees sit in the audience with their sunglasses on, unfazed.  It’s almost like being in a contest to see who can win by being the last to show an emotion.

When I got to Charles Nolan’s show it was a long week of shows and by the time I got to his I was glossed over and sort of over staring at fashion.  Truth? I didn’t care about sitting through his show.   However, when it started, I saw this smattering of diverse women walking down the runway peppered in with professional models who were quite thin.  You all need to keep in mind that models aren’t the enemy and, contrary to popular belief, they’re people too.   The show was so unbelievably refreshing that it not only woke me out of my glazed over coma, but the rest of the jaded audience of too-cool-for-school fashionistas actually (gasp) had an emotion and started, get this, applauding and…(double gasp) smiling.  The models on the runway included stylish women over 50, a petite woman with a large chest and others who one would see on the street daily or when we look in their own mirrors.  I can’t say that I looked at any of these “real” woman  as looking exactly like me,  but I still found myself relating to them and feeling part of something vs. like an outcast for not being 5’11” and 95 lbs.  And interestingly, somehow, with the use of body diversity in the show, the skinny models blended more into the background as just another body type that existed out there.

The way we “see” things changes how we perceive and relate to them.  It’s almost impossible to believe that at one time when we saw a mixed race couple walking down the street we were baffled by it, or that having a black president would ever be something we’d accept as normal.   Can you believe that the first black woman to appear on the cover of Vogue was Beverly Johnson in 1975?    Now we don’t even think about that fact or anything else now that we take for granted as completely normal.   Yet, once it happens and we see it in our reality, our perceptions in our mind change.  The same was true during this fashion show.  Once we begin to see things we don’t normally see as normal, visually, our relationship to it can change. 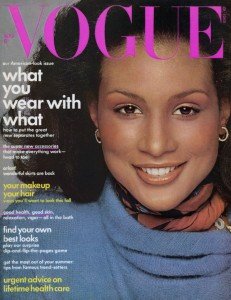 Now, the flip side of this argument can be that fashion doesn’t have a responsibility to use real women with real bodies, that models are there to show clothing, not to quell our desires to feel accepted and that our bodies are good enough.  Sure, this argument may have held some truth 20+ years ago when we weren’t so inundated with fashion on a regular basis, when the average Joe on the street didn’t even know what “Fashion Week” meant and wouldn’t know who a designer was if they fell from the sky and landed on them.    However, in this day and age, it’s a very different world.  Celebrities are designing clothing and/or modeling in them, people buy clothing less on the clothing but more because of the lifestyle brand surrounding it.  We’re savvier, more connected to the machine that dresses us on a daily basis.   We want to feel that we’re part of that brand and that it is okay for us to belong.  If the fashion industry wants to be that exposed and their customer to feel more included in it, then they have no choice than to change the way they show their work.  It doesn’t work any longer to have unrelatable models selling their clothing.   It wouldn’t take much to satisfy this need, either.  Show some diversity without implicating that if you’re not a model then you’re fat and/or dumpy and we’d probably be fine.

Therefore, while I applaud the fashion industry for using plus sized models on the runway more frequently, I still think they are missing the mark on the issue itself.    The issue isn’t about swinging the pendulum to the other extreme in some weird patronizing manner that almost implies that if you’re not a waif then you’re fat.   The issue is the need for relatedness and for a woman to see that we’re all created normal and being that normal is perfectly normal. 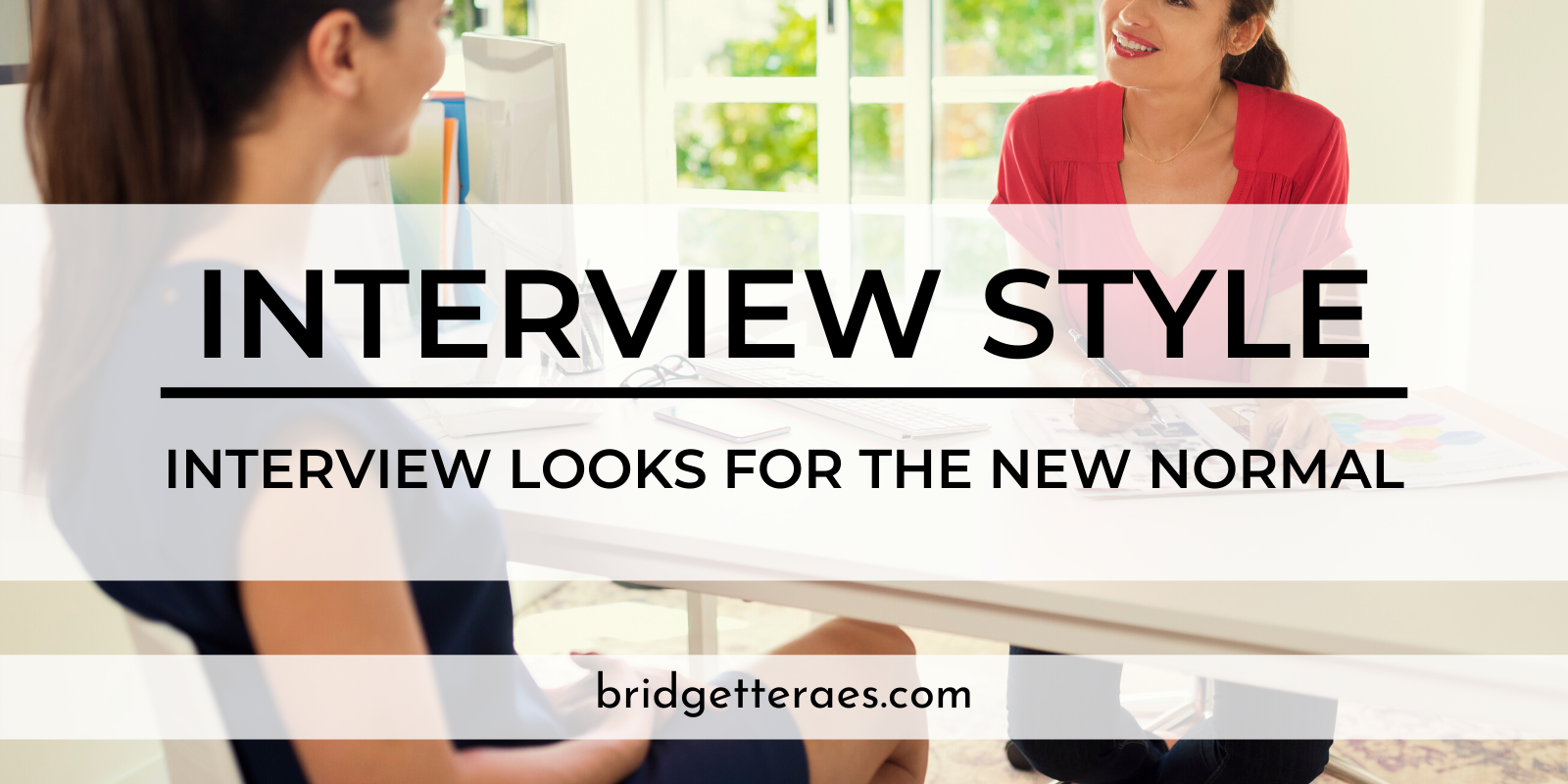 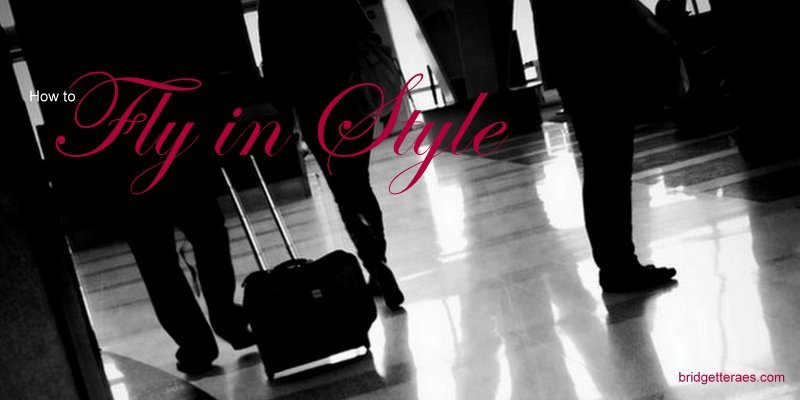 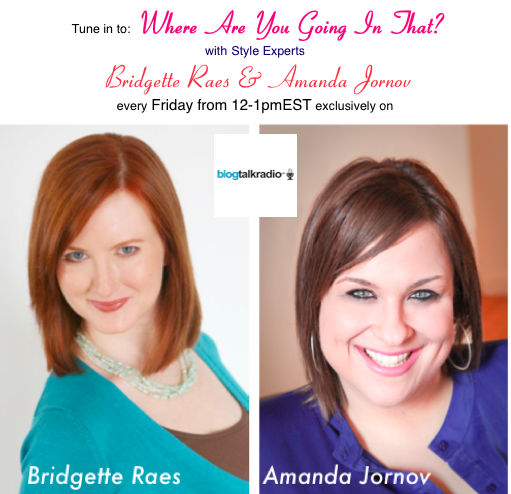 When it Comes to Fashion, Being Frugal is the New Black

How to Look Professional When You Are Young (Video)

I love this article Bridgette, No only did the media make me hate my body as a child but my mother could have been a runway model. I wanted to look just like her because she was so thin,stylish, and beautiful. She always pointed out that beauty comes in all shapes and sizes and how you dress it up makes all the difference. BWT, she hates for people to call her skinny and considers it an insult. LOL I have a daughter that is very thin like her and she hates it too. I have two daughters, one is thin and beautiful and one is curvy and beautiful. Media does play into our self-esteem. I’m just a love yourself and work what you have kind of person. If you treat yourself like you are of value and beautiful, so will everyone else.
Thanks for another great article!!!

Thanks for the comment. You got my point. I’m glad. I always feel like I am in treacherous waters when I write these types of articles.

Brava! Finally, a voice of reason.

By most women’s standards, I am seen as “quite small,” BUT I am not not not a waif like being that the modeling industry posits as one of their normals, and as I am not plus-sized, I am just one of the unseens. (Don’t get me started on the “women’s” department in clothing stores — am I somehow NOT a woman!?)

I have been feeling super annoyed by the plus-sized model thing for a long time and your articulation of the issue is excellent. PRECISELY the source of my annoyance — the either/or thinking.

Thank you for the kind comments and taking the time to read the post! I am glad it is resonating in the way it was intended!

Great post. I was just thinking about this yesterday and how much those "Eat Less" tshirts didn't sit well with the public. However, we all recognize that the US has a problem with obesity yet when we advocate things like not eating 2 Big Macs at every meal, there's criticism. The more outspoken we become, the less middle ground there seems to be.

unfortunately the obese population has become large enough now that its considered bad form to point out that they are obese. And when obese children have obese parents as role models, why would they think to eat any better than their parents taught them? Sad really. People refuse to believe this is caused by the choices we make, because then we'd have to look at ourselves for blame

Thanks, Cheryl. I feel like we're dancing around the big issue. It's not uncommon to swing the pendulum way out the other way until it finds a middle ground. It has happened before with things like feminism, for example. Hopefully, in time, this issue of size will find a more sensible center.

Great post. I was just thinking about this yesterday and how much those “Eat Less” tshirts didn’t sit well with the public. However, we all recognize that the US has a problem with obesity yet when we advocate things like not eating 2 Big Macs at every meal, there’s criticism. The more outspoken we become, the less middle ground there seems to be.

unfortunately the obese population has become large enough now that its considered bad form to point out that they are obese. And when obese children have obese parents as role models, why would they think to eat any better than their parents taught them? Sad really. People refuse to believe this is caused by the choices we make, because then we’d have to look at ourselves for blame

Thanks, Cheryl. I feel like we’re dancing around the big issue. It’s not uncommon to swing the pendulum way out the other way until it finds a middle ground. It has happened before with things like feminism, for example. Hopefully, in time, this issue of size will find a more sensible center.