Boomers Are Finally Having Their Day in the Fashion Spotlight

Considering nearly all of my clients are over 35, with the majority of them over 40, I found this article on Reuters really interesting.  Finally the “Boomer” market is being listened to and designed for.  As said in the article, “Boomers are gaining economic control.”

Well, duh.  I didn’t need an article to tell me that.

It’s not only is it because Baby Boomers make up 1/4 of our population that designers are finally listening to them, but they’re the ones who actually have money to spend.  I’ve never understood a designers obsession with youth.  Sure, it may be more fun and sexy to design, but what are they using to foot the bill?  Most likely mommy’s credit card.  Why not go right to the source and design some fun stuff for mommy instead?

Baby Boomers have different needs, many that have been ignored.  As someone who designed for the Baby Boomer when I was a designer to being someone who dresses women who are a bit older, I know concerns like bare arms, hot flashes, thicker middles and sagging necks are very real.  Sure, anyone can go after that trendier younger market and design clothes that look like a handkerchief with straps, but the real master can take that trend and update for a woman who has one or more of these body concerns.

A few months ago I heard that the only area that had growth in spending was the luxury market.  This article in Reuters confirmed that saying “High-end department stores are showing the largest sales gains, and U.S. retail sales in July are posting their biggest sales increase in four months.”  The shopping habits may have changed, but these boomer women with money to spend aren’t buying less brands, they’re buying less of the brands they were already wearing.  “If you are very, very wealthy and you took a hit, you are still doing better than most of us,” said Elle magazine Fashion News Director Anne Slowey in the reuters article.

Even with increased spending, Boomers have also become more discerning.  Women who still have money to spend want to get the maximum mileage out of what they buy and see real value for their money.  They want to be sure that one piece can be leveraged well to create several different looks.   Well, isn’t that what we should be doing anyway?  I know this is a bad time in the economy, but if it has taught us anything it has taught us value and need in our lives.  Buy what you need, use it, value it, appreciate it.   Discernment during a bad economy is a lesson I hope we all take into the more prosperous times to come.
And, don’t forget about our 9th Anniversary Promotion we have going on for the month of September!!!

Bridgette Raes is the president of Bridgette Raes Style Group, author of the book Style Rx: Dressing the Body You Have to Create the Body You Want and a sought-after spokesperson, style expert and writer for many media outlets including CNN, Good Morning America and Real Simple Magazine. She and her Style Consultants are available worldwide for consultation, in-person or virtually.

Do Your Shoes and Handbag Have to Match? Multiple Ways to Carry a Statement Handbag 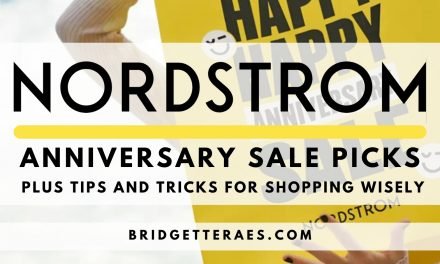 I have been writing and blogging about products and style for boomers or the over 40 demographic. I am so tired of taking clients shopping only to see posters and banners in store windows with younger and younger models. The industry needs to wake up to this, as I see more and more clothes on sales racks and then, never even selling on sale. Who are they designing for? We have hips, breasts, real women bodies, but where are the clothes?

Hey check this out finally they think those of us over 40 are value in the fashion world.

Hey check this out finally they think those of us over 40 are value in the fashion world.