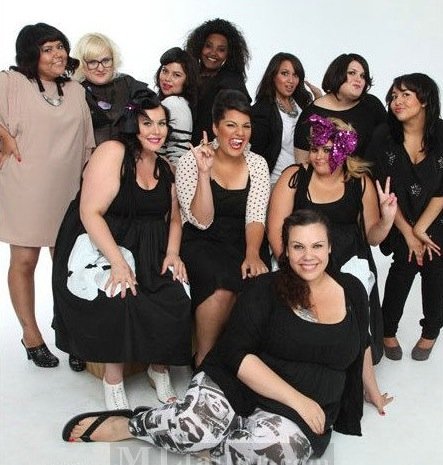 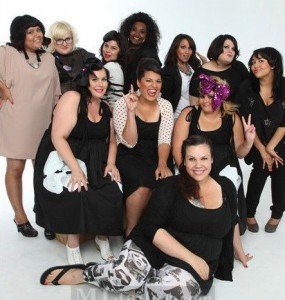 Back in November, I launched my radio show “Where Are You Going In That?”  We premiered with a small half hour show and our first topic fittingly the day after Thanksgiving was about Black Friday shopping.  Since then, this show has become a one hour show and the quality of the broadcast improved week after week and the guests we started booking became more and more impressive.  If you haven’t been following the show, we’ve done topics on love, footwear, overcoming fears, etiquette, budgeting for fashion and more!

Last week, I aired a show on plus size fashion that I was particularly proud of.  I knew if I did a show on this topic, exploring this often overlooked majority of women (over 62% of American woman wear a size 14 or larger), it would have to be done with diligence, care, respect and quality information.  I called on some of the best people to speak on the topic possible and included a cross-section of guests that could make it a well-rounded show.

While I knew it was a quality broadcast, even I wasn’t prepared for the level of feedback I received shortly after the show and have continued to receive.  Literally, my Twitter blew up with tweets from people who listened in, felt inspired, educated and thankful that such a topic was explored in the manner it was.  Here are a few tweets that I received. 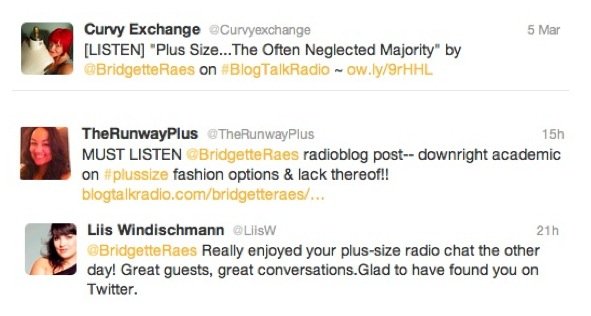 To say I was humbled by this support is an understatement and I want to thank all of you who let me know that this show was received the way it was intended.

Therefore, after discussing this show with my producer today, we have decided that this Friday we will re-air the show again.  While this show is available right now via podcast on my Blog Talk Radio station (click to listen), re-airing it felt like the right thing to do.  I got a ton of listeners and supporters of the episode, but re-airing it allows the message to reach even farther.

So, please spread the word about this fantastic episode.  If you are a plus size woman who has been frustrated by what’s available in fashion for you, if you’re a woman who hasn’t yet accepted the body they’re living in right now, if you’re in need of a boost of inspiration, this show is guaranteed to give you everything you need to love and dress the skin you’re in…NOW.

Additionally, if you’re a plus size website, retailer, blogger or more, please help me get the word out about this show by sharing a link to the broadcast or embedding the show on your site. 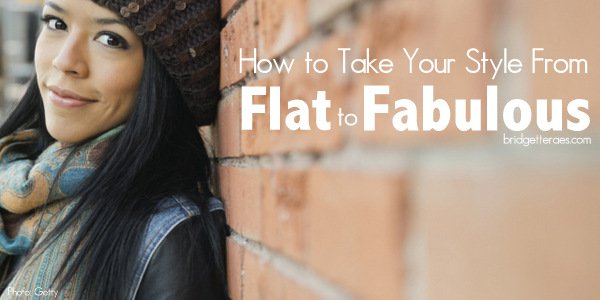 How to Take Your Style From Flat to Fabulous 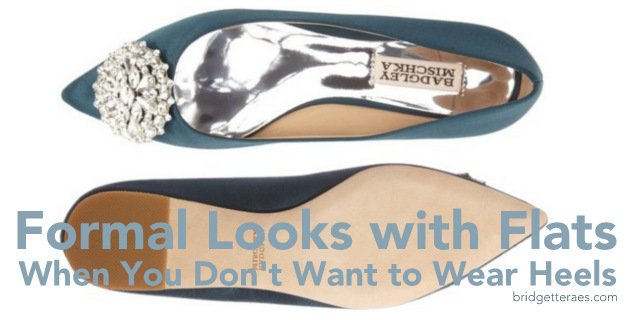 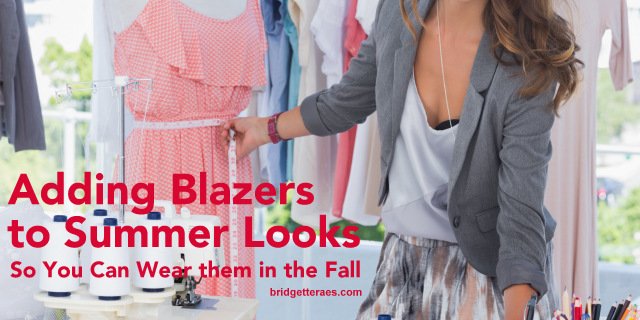 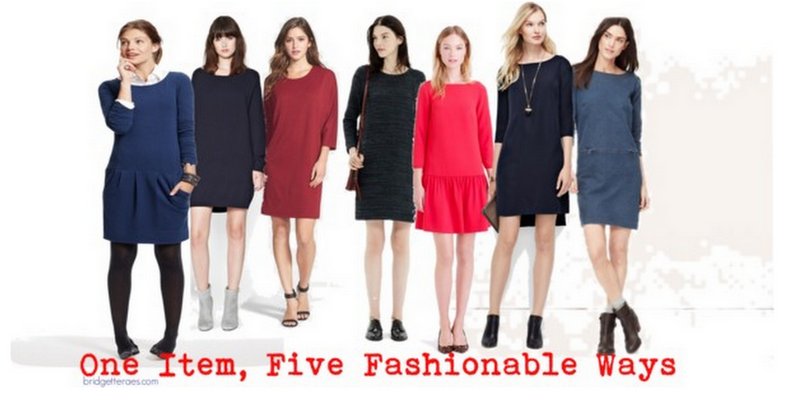 How to Wear Easy Shift Dresses This Fall