I Weigh In On the Kelly Osbourne, Christina Aguilera “Fat Fight” 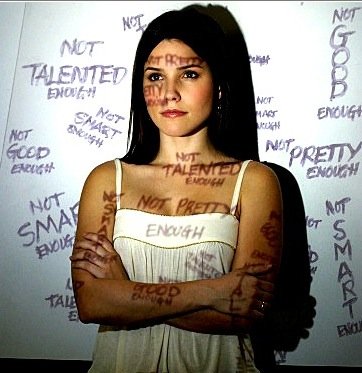 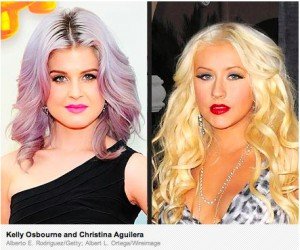 Queue my massive eye roll when I read this article on People.com where Kelly Osbourne said that she does not regret calling Christina Aguilera “fat” last year.  According to the article, Christina Aguilera was one of the people who called Kelly Osbourne  fat to which Kelly replied “She called me fat for years.  I said, ‘F––– you, now you’re fat, too! … Now you know how it feels!”

I get it, Kelly Osbourne was hurt for years with comments about her weight by being called things like Kelly Smelly with the Big Belly Whose Dad’s on the Telly.  No doubt, those comments were cruel and insensitive, and Kelly herself explained in the article how horrible it was to deal with vicious comments about her weight.   Yet, is it really mature to turn around and do the same thing to someone else who puts on a few pounds, regardless of the fact that they were one of the people to call you out once about the same thing?  Isn’t there some sort of high road that is begging to be taken here?  I just feel like I’m witnessing some immature playground fight- “You’re fat!”  No, you’re fat.”

Maybe it’s my age, but my patience for nonsense like this has long worn thin to the point that I can’t believe my time was wasted reading about this.  Yet it was, and now I want to say a few things about it: 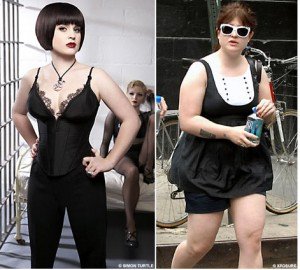 First of all, Kelly Osbourne, you were fat.  No, I’m not jumping in to this fight with the same level of immaturity displayed by these two women.  I am simply stating a fact.  You were fat, now you are thin.  Christina Aguilera, you were rail thin and now you are not (I’m less inclined to call her “fat” but, let’s all agree, she is/was (I don’t pay attention) larger than she once was.)  Now that we’ve established that, can we all move the f*ck on? 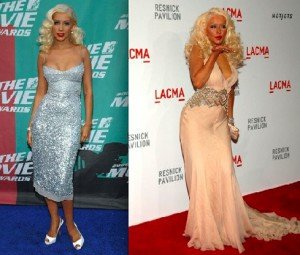 Until we as women decide that being called fat or thin by someone is not something we’ll take personally, that being fat is bad and thin is good, we will never be able to evolve as women around the topic of body image.  For Christ’s sakes, we beg for media and society to not define us as women by the shape and size of our bodies, yet we use the same slings and arrows to hurt one another.

I believe that until women decide how they will define themselves, what they believe makes them valuable and worthy, comments like this will always be hurtful and used as a way to hurt others.  Sure, nobody wants to be called anything negative by anyone else, and it takes a mighty thick skin to be able to let negative comments bounce off of you, but the ability to not absorb negativity does not start with trying to control what others say about you but, instead, from deciding how you wil receive it.  Until someone can hear a comment towards them like, “You’re fat” like they would a comment like “You have blue eyes”, we’ll always open ourselves up to hurt.

Let me give you example:  In the past 4 years I’ve gained something like 30 lbs.  Did I want to do this?  Not really.  Do I like being this large?  Not particularly.  But, it is true.  I am heavier than I was only a few years ago.  However, if someone decided to tell me that I’ve gained weight, my response would be, “Really?  Hmm, I’ll take things that are obvious $1000, Alex.”  It’s not that I would relish having this called out, but a fact is a fact. I am heavier than I was, and I have gained weight.  I don’t owe you an explanation as to why this has happened and I certainly don’t have to be hurt about it if someone said something about it. 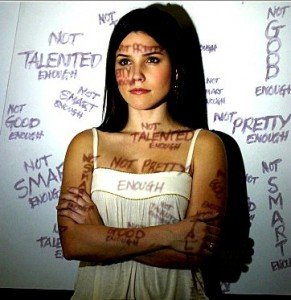 Now, this statement doesn’t negate the fact that those who call out others in negative ways, like calling someone fat or ugly, for example, are not cruel or insensitive, but let’s consider the source.  A person who rips another person down by calling out their body size is one of the most primitive ways to possible to try to hurt someone.   By criticizing outer appearance, the person criticizing clearly has issues, is clearly hurt, in pain and not particularly happy.  How easy is it to spit venom at another when we don’t want to deal with our own pain?  So, for me, to those who decide to spew venomous things, I forgive them and have a little compassion because their comments clearly personify just how much they are hurting inside.  Poor souls…if only they could be happier people.  We diffuse comments we receive from others who hurt not by spitting back with the same venom in a tit-for-tat manner but by deciding that these things have absolutely no meaning in our world and to not to give them power.

I’ll give you another example.  When I wrote my book Style Rx: Dressing the Body You Have to Create the Body You Want

back in 2006, I remember finishing up the manuscript to send to my publisher for my early 2007 due date.  As I was finishing this year’s worth of work, I noticed that I suddenly became anxious with the realization that I was opening myself up to tremendous criticism from others.  Was the book going to be well received?  What would people say?  What if I worked this hard only to have others hate it?  I felt so incredibly vulnerable. 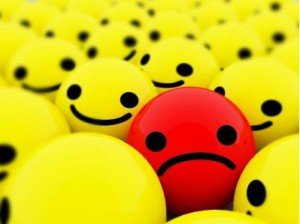 Flash forward to 2008 when my book released and within a month I got a scathing review on Amazon about my book.  Up until that point, the reviews were positive, so when I got this first negative one I wasn’t prepared.  It took me nearly two days to recover from it.  At first, I wanted to defend myself and to make the reviewer understand how hard I had worked.  Yet, after some reflection, during a long train ride, I had an aha moment and learned the biggest lesson of my life about criticism from others.  I learned I had to let it go and be willing to not give the negative comment meaning.  However, and this is a big however, doing this also meant that I had to be willing to give up the positive comments about my book, as well.  Both had to have equal meaning in my life for this realization to work, both the good and the bad had to have no meaning at all. 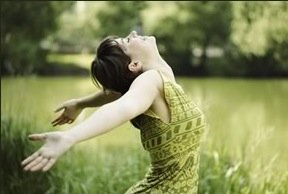 You see, if you live your life waiting for someone to tell you your worth, good or bad, you’ll be waiting a long time, plus you’ll be giving your power away to something outside fo yourself who then decides for you whether or not your worthy that day.  Sure, the positive comments on my book are delightful to get, but my worth as a person, a writer or an expert can not be found in that.   So, when I get a positive comment for my accomplishments, while I appreciate the sentiment, it has no bearing on my self-worth or my worth in my career.  The same is true for when I get negative ones.

As the very wise saying goes, “What you think about me is none of my business.”

So, to Kelly Osbourne and Christina Aguilera, and anyone else out there who either hurts or has been hurt by others, I say to you this:  Know your eternal worth and love yourself.  When you do that, you have no interest in hurting others and when someone hurts you, it really doesn’t matter and you really won’t care.  Or as Dr. Seuss said: “Be who you are and say what you feel because those who mind don’t matter and those who matter don’t mind.” 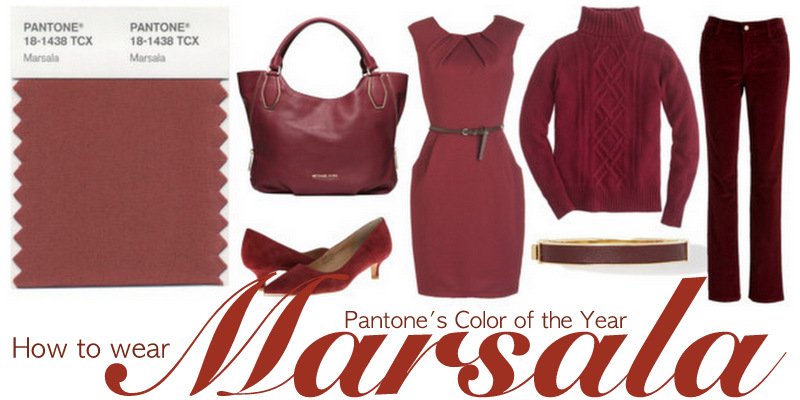 How to Wear Marsala: Pantone’s Color of the Year 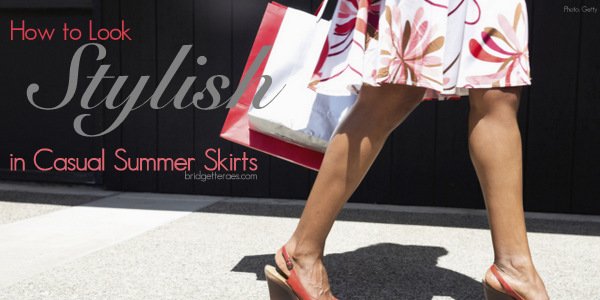 Statement Bracelets: How to Get the Most Out of Them

Brilliant, and not just about weight my friend.