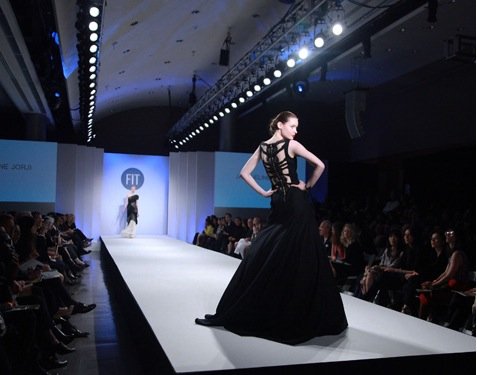 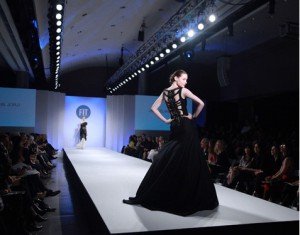 Those of you not familiar with the Future of Fashion fashion show, it is held at FIT every year and includes the best work of FIT’s graduating bachelor of arts fashion design students.   Unbeknownst to me, it is also a pretty huge event.  “These are the future Donna, Calvin, and Ralphs,” said Kate Betts during a video that played, and set the tone, at the Fashion Institute of Technology’s 2012 graduate student runway show last night.

I had the great honor to be invited to this, my alma mater’s, show.  I first attended their VIP cocktail event prior to the show and, having not shown my face around the campus since my graduation in 1994, it was nostalgic experience, not to mention a reminder to me that I really should get more involved with my fine institution.  It was also nostalgic because upon immediate arrival I ran into one of my first bosses when I was a designer in the industry, Jerry Dellova, who is also now a professor at the school, who has been a former critic for the show in addition to being involved in the production of the event for several years now.  He and I both had no idea that we’d be there so it was a wonderful chance encounter.

The show itself, which was jam packed with fashion notables, many who are past alumni, including Dennis Basso, Josie Natori, and Rebecca Minkoff, Amsale Aberra, Nanette Lepore and Calvin Klein (who recently made a sizable donation to the school) was amazing, creative and the energy in the room  had this optimistic vibe of fresh talent, new ideas and positivity.   I loved seeing all the looks parade down the runway, without any industry restrictions, looks that told a clear story about each designer and their point of view.  While some of the designs may have pushed the bounds of reality, were unwearable and a little too gimmicky, they all had something worth looking at and something about them that was inspiring and/or impressive.   I could look at each piece and admire the craftsmanship, the attention to detail and the minds of each designer.  After all, this is where it all begins.  Design school isn’t only where your craft is developed, it’s where you beging to find yourself as a designer; this limitless place in which to play.  Looking at all the designers’ looks, I couldn’t help but go back in my mind to my design school days where everything was so open and free for creative expression.  It was nice to be back in that open environment and see the accomplishments of the future talent of this industry.   Without a doubt, we’ll be seeing more from many of these students in the future.

If you want to see the show, you can watch it in its entirety by clicking this link. 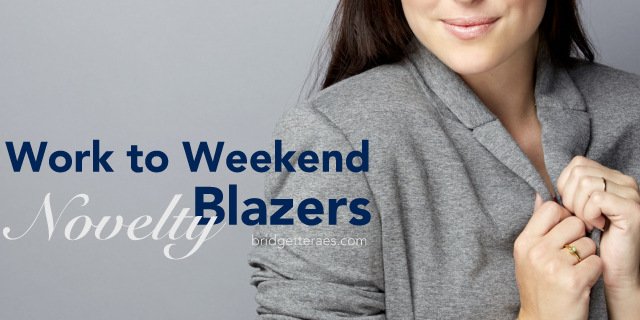 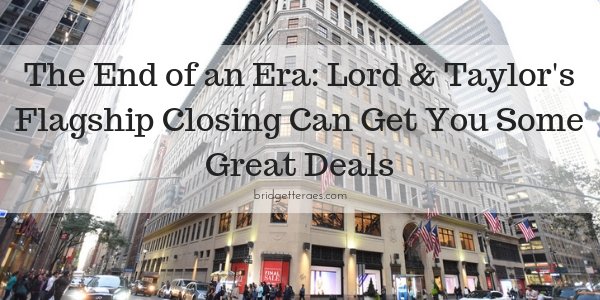 The End of an Era: Lord & Taylor’s Flagship Closing Can Get You Some Great Deals 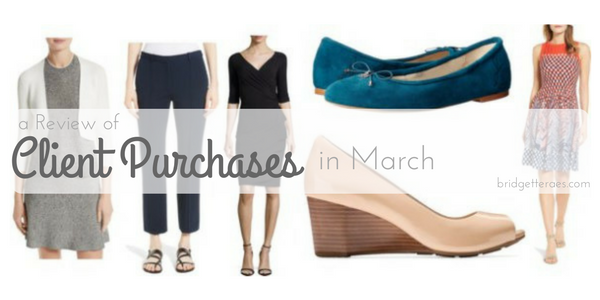 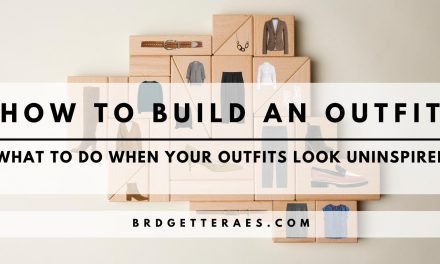 How to Build an Outfit: What to Do When Your Outfits Look Uninspired

what is a fashion designer

A fashion designer is someone that creates functional garments from textiles using an array of techniques. Even though most people think of big names like Donna Karan or Michael Kors when they think of design, they are just the tip of the iceberg. Many designers work for large companies to create ready-to-wear lines for consumer stores such as the Gap and Target. Still more work for bigger name designers like Karan to produce the many lines under that particular corporate name.

What Is a Fashion Designer? | whatisafashiondesigner.viisco.com/