My Review of The DivaCup: A New Way of Handling “That Time of the Month” with a Long History 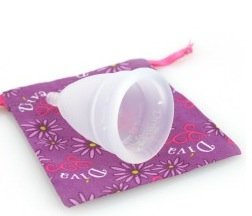 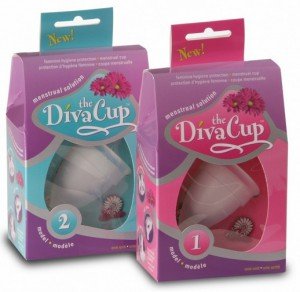 A few weeks ago, I broadcast an episode of my radio show titled: “Fashion that Makes You Go, Hmm?” and featured fashion and beauty products that, at first glance, would make the average person stop, wonder and maybe even squirm.    The guests we had on were men who wear pantyhose (major hmm factor), inventor of the As Seen on TV product, ‘My Booty Belt’ and The DivaCup, which is a menstrual cup and new way to handle “that time of the month.”  While, this particular radio show aired a few weeks ago, I have held off blogging about The DivaCup until I actually could speak from personal experience of what it is like to use it.

In addition to being guests on my show, the DivaCup also sent me one to try out.  More out of curiosity, than a real desire to use it, I agreed.  Truthfully, I’d come to be perfectly happy with using tampons and I wasn’t all that thrilled by the idea of putting anything resembling a cup into my hoo-ha. 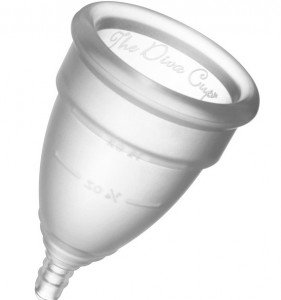 When I opened the box containing the DivaCup, I have to admit, I was freaked out beyond belief.  I wasn’t expecting it to be so large.  The DivaCup comes in two sizes (a smaller if you are under 30 and have never given birth, and a larger size if you are over 30 or if you’ve given birth vaginally) and, being 38 (albeit sans children), I received the larger size.  Looking at the DivaCup all I thought was, “You want me to put this there??”  I packed my new DivaCup away promising I’d at least give it a try at the start of my next cycle.

While the DivaCup may seem like a new fangled invention for period management, the menstrual cup actually has a long history.  As I found out while interviewing Carinne Chambers, the daughter of DivaCup inventor Francine Chambers, the menstrual cup was first developed in the 1930’s and was made of rubber latex (an allergen for many.)  While it was very popular, menstrual cup use went by the wayside when more disposable sanitary napkins, followed by tampons, were introduced into the market. 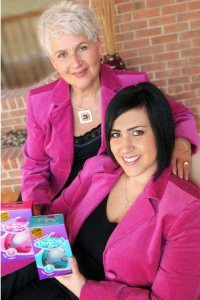 Yet, in an effort to find an alternative to unreliable disposable tampons and pads, Francine Chambers found a company offering menstrual cups and she and her daughter, Carinne, singlehandedly resurrected the 75 year old menstrual cup concept.  In 2003, wanting to modernize the menstrual cup, drawing on their knowledge and experience, they developed an updated redesign made of soft top quality silicone called The DivaCup.

So why use a DivaCup?  Well if you can get past the initial “ick factor” there are actually lots of good reasons to at least give it a shot.  First, do you know how many sanitary products (not to mention the packaging) make it to the landfill?  According to the DivaCup’s website: an estimated 12 billion sanitary pads and 7 billion tampons are dumped into the North American environment each year (1998). More than 170,000 tampon applicators were collected along U.S. coastal areas between 1998 and 1999.  In addition, I also found out through DivaCup’s site, most tampons and pads contain surfactants, adhesives and additives and most pads contain polyethylene plastic whose production is a pollutant. Also, dioxin, a known carcinogen, is a by-product of the bleaching process of tampons containing rayon. Assuming that most women wouldn’t want these sorts of things anywhere near their lady parts,  it should be also known that many of these substances can leach into the environment (groundwater, streams and lakes) causing serious pollution and health concerns.  In addition, DivaCup estimates that a woman will use about 10,000 pads/tampons in her lifetime and spend about$150-$200 on pads and tampons a year.  That’s a lot of money spent on feminine hygiene products.

Now, the upfront cost of a DivaCup isn’t cheap, costing around $35.  However, in time, the DivaCup pays for itself because it is reusable and only needs to be replaced once a year.  In addition, you can wear a DivaCup up to 12 hours a day before you remove it, empty the contents, wash it, and re-insert it.  Also, there haven’t been any links to TSS (Toxic Shock Syndrom) with use of the DivaCup and some users have cited less bloating and less cramping when they made the switch.  I also read that  menstrual cups do not allow for excessive bacterial growth and are healthier for vaginal self-cleaning as opposed tampons that disrupt PH balance causing things like infections and odor.

Yet, you still may be wondering what is it like to actually use this product?  Well, this is why I waited until I had actual experience with the DivaCup before I blogged about it.  Continuing on with my story from earlier: After I packed it away promising to at least try it when my next period arrived, that time came and I reluctantly decided to just get it over with and try it already.  In my mind, I would try it, hate it and quickly go back to my trusty tampons. 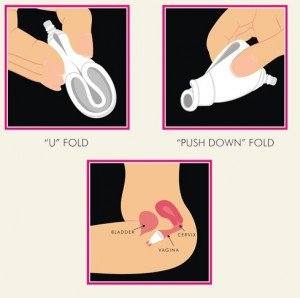 The directions included in the package were very explanatory yet it still didn’t completely put me at ease.  The thing looked like a silicone shot glass that I was expected to fold and insert.  “Are you kidding me?”, I thought as I stared at it.  I was totally intimidated and mildly grossed out.  And, I wasn’t just afraid of putting it in, I was nervous about getting the darn thing out.  I had panicked thoughts that an embarrassing trip to the ER later than night would surely be to follow.

However, while insertion of the DivaCup is definitely new and awkward at first (hey, so was the first time you inserted a tampon, I would imagine), shortly after I put mine in I realized that it was okay.  I didn’t feel it once it was adjusted properly, it was comfortable and, heck, I even kind of liked it.  Prepared to hate it, this shocked me and, in no time, I started to think that this could actually become my new way of managing my period.  I loved the idea of never having to go out and buy tampons again or ruining my favorite underwear because of leaks.  Plus, the fact that I could forget about it for 12 hours before I had to empty, clean it and reinsert it again was really appealing.

Yes, the product does force you to become a bit more intimately involved with your vagina which, for some, may be too much to deal with.  However, the problem with many feminine hygiene products today is just that; they keep us from connecting with ourselves as women and from our natural cycles.  We’ve been taught to associate shame around having our periods.  The DivaCup is a whole new way to look at that “time of the month”, for sure…but in a better and healthier way.

I’m surprised to say, I highly recommend this product.  To find out more, visit the DivaCup’s website and also listen to my interview with Carinne Chambers of DivaCup here. 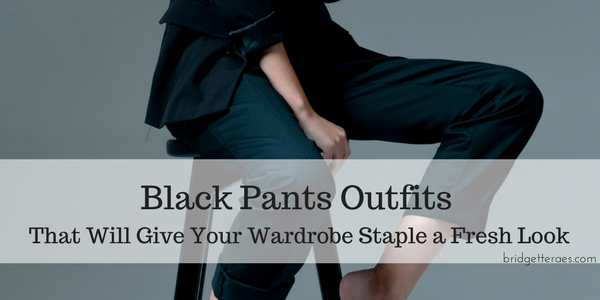 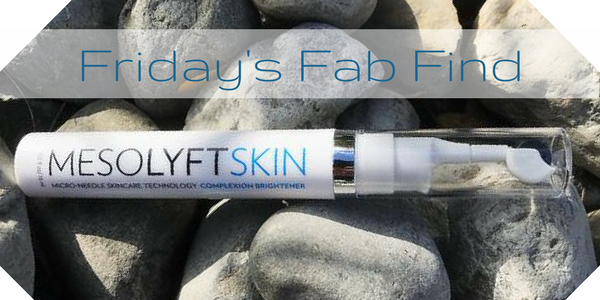 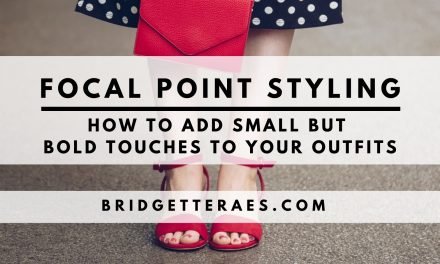 Focal Point Styling: How to Add Small But Bold Touches to Your Outfits 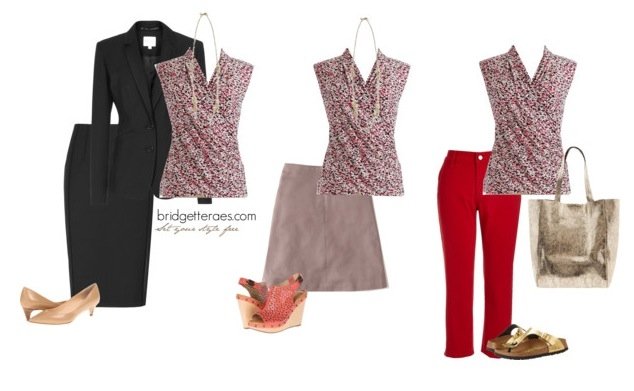 I switched to the DivaCup when my husband and I decided to go a year without plastic. That meant no buying tampons. I’ve been using the DivaCup for almost 3 years, and I love it! I wish more women knew about this. It is so easy to use (after the first time of getting used to how to insert it). I also find that it’s more comfortable. One of the downsides to tampons is that they soak up the moisture from the tissue lining your vagina, which is not only uncomfortable (especially on those days when you need a little protection, but not enough to fill a tampon), but it also leaves the tissue more vulnerable to infection.

I wrote an online diary about my first experience using a DivaCup – http://mymagicaljourney.com/eco-friendly-period-diva-cup-diary-tmi-alert/.

I hope more women learn about this awesome product. It is SO much easier and more convenient than using tampons.

Hi Melanie, Thanks for sharing your experience with us and the link to your great blog post about it. I have to agree with you on a lot of what you said, even though I am a newbie. One thing I never realized is that a lot of the embarrassing odor that many women tend to worry about when they have their periods isn’t due to menstruation itself but from the use of tampons and pads which cause the odor. Interestingly, many feminine hygiene products are scented now to get rid of the smell that the product itself creates. How stupid backwards is that? Also, I agree with you about the moisture part. Being someone who has a short cycle, and really only one heavy day, by day 3 and 4 tampon use feels like I am shoving sandpaper up there…something else I never really realized was caused by the tampon itself. Who knew?
I try to be as eco-conscious as possible but, admittedly I could be better. I guess I never thought about the landfills, the waste and the pollution created by tampons and pads and I definitely didn’t think about how these pollutants not only affect the environment but my body, as well. As someone jokingly said to me once, “The vagina is a self-cleaning oven” which using the DivaCup definitely seems to better support.

I love my DivaCup!
I just want to point out that even though the website recommends replacing it every year, that is not necessary at all. You can easily and safely use the same cup for 5 – 10 years.

Very true! I was just quoting Carinne Chambers from my interview with her. I have heard that it can be kept and used longer without replacing it, however, they recommend yearly because it is a hygienic product. I’m also going to assume that the 12 hour rule is for the same reason. Thanks for your feedback!!

Thanks for the review! I really like your writing style!

Thanks for the compliment! I am now a total DivaCup convert!