Ann Romney’s Fashion Mistake: A Lesson for Us All on How to Choose Prints 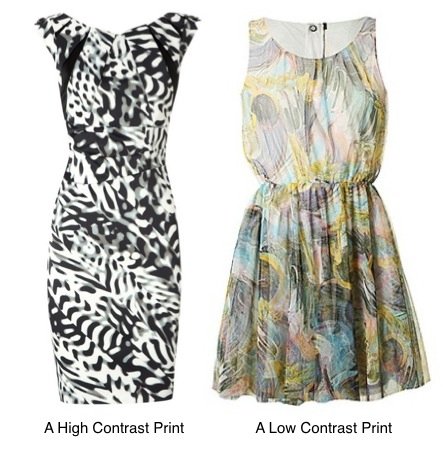 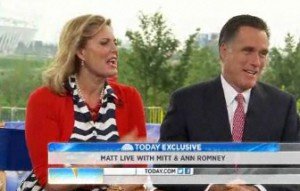 No it’s not the infamous bird shirt, but Ann Romney’s bold pattern choice for her appearance with her husband Mitt Romney on the Today Show this morning is a great lesson for all of us in fashion and  about how much contrast is okay to wear in the prints we choose.

Aside from the fact that optic prints like the one she is wearing is generally a no-no for television because they jump a lot on the screen, when choosing prints, once must consider their own personal coloring to decide just how much bold contrast is acceptable to wear.  So, let’s all learn from from Ann Romney’s mistake, shall we?

Using photos directly from my book Style Rx: Dressing the Body You Have to Create the Body You Want below,  I am going to teach you all you need to know about choosing the right prints for you.

Print Intensity – Combining two colors together in a print creates a contrast between those two colors.  For example, if those two colors are extreme opposites (like black and white) you have created a high amount contrast, which gives the print a high level of intensity.  If, however, the color combinations found in the print are closer in relationship to each other (a combination of soft pastels, for example) you have created a low amount of contrast between the colors and that combination has a low level of intensity. 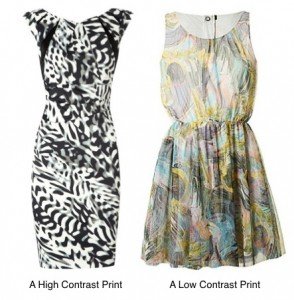 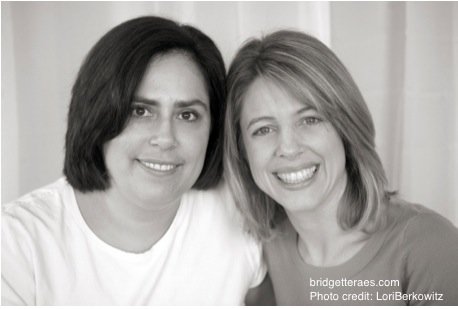 Just like color combinations in prints have an intensity level, so does your own personal coloring.  Intensity levels vary from person to person, and can be high, low, or somewhere in between, which would be referred to as medium.  Your own level is determined by the relationship of contrast between your hair, skin and eyes.  The model on the left has a lot of contrast between her hair skin and eyes which creates a lot of contrast or a intensity in her coloring.  The model on the right has much softer features, with her hair, skin and eyes being closer in color, therefore her the contrast in her coloring, her intensity level, would be low.

Why does this matter?

Let’s look at some side-by-side comparisons for further explanation: 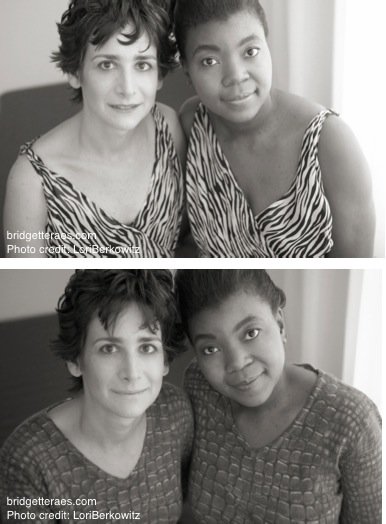 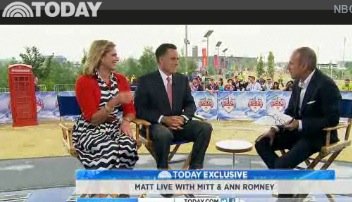 Ann Romney’s outfit certainly wasn’t ugly but the bold navy and white zig zag was too much contrast for her softer coloring.  As a result it was distracting.  Sure, your eye may be pulled to her, but it’s not her you’re focusing on, it’s the print.  When someone with a low level of intensity in their coloring wears too much contrast in their outfits they wind up having to work twice as hard to talk over their bold clothing choices.   It’s a lesson for us all.  While I will never tell anyone with softer coloring that they can never wear a bold print or color combination with a high level of contrast, I would encourage them to avoid it in situation where they are public speaking, want to be heard or are talking to millions of people like Ann Romney did today.  If I was her stylist, I wouldn’t have put her in this. 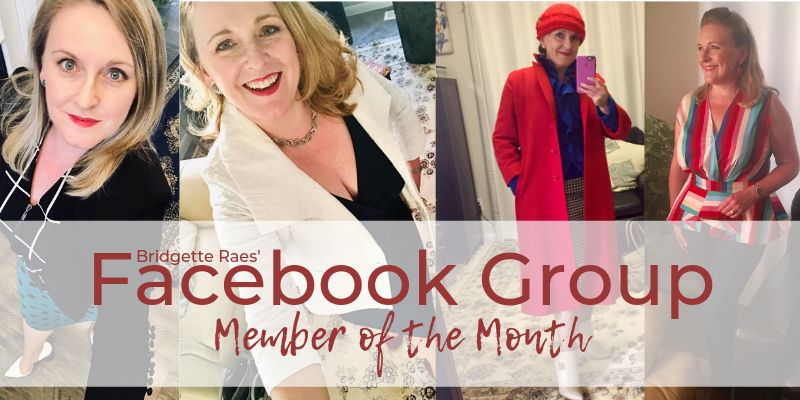 My Style Advice in the Press Last Week: People StyleWatch, Shape.com, and a Few More 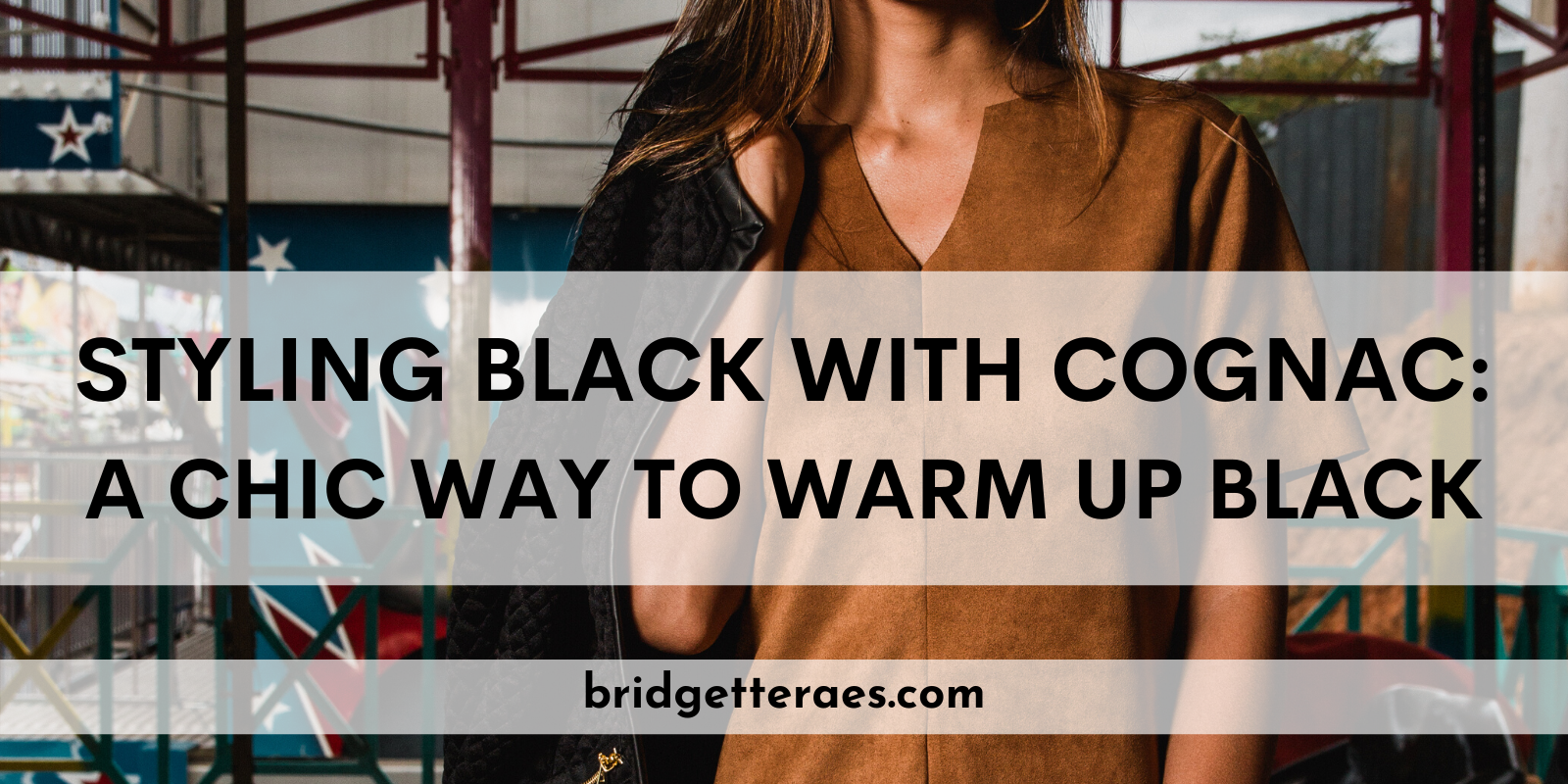 Styling Black with Cognac: A Chic Way to Warm Up Black 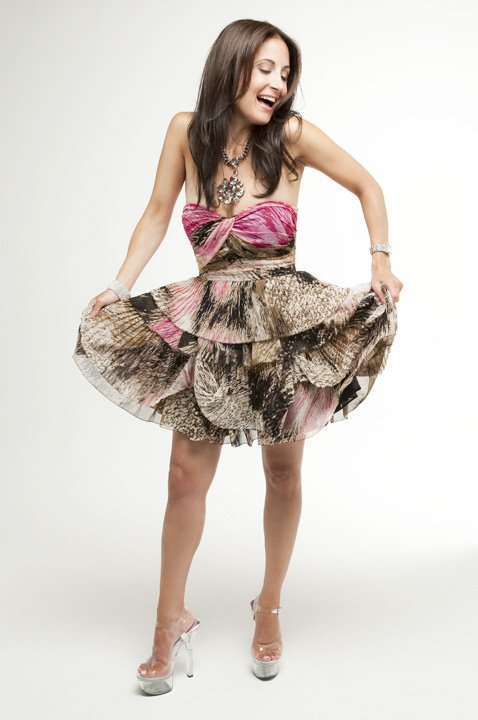 The pics really help to illustrate the point! Thanks – I’ll choose my prints better next time now that I know what to look for.

neither of those girls are high intensity…both are too petite.