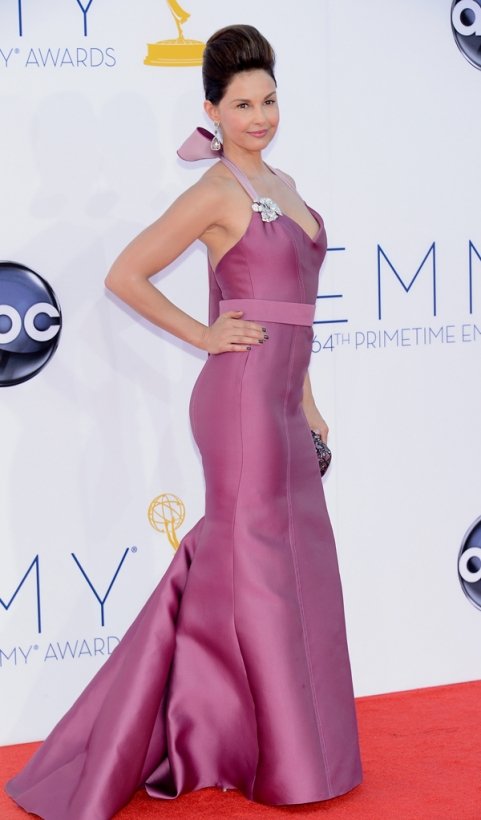 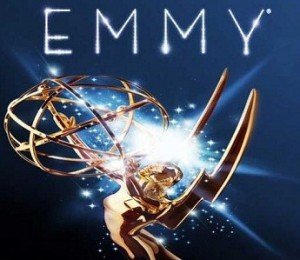 I disappointed a few when I wasn’t available for my regular live Facebook Page fashion updates that I do for every awards show.

Truthfully, I forgot all about it until my friend Peter Shankman posted about Christina Hendrick’s boobs as a Facebook status update.

I thought about switching over and watching them but then looked over at my sick husband who was a snotty mess, finding some comfort in the football game, and just didn’t have the heart.  Besides, The Real Housewives of NJ season finale was on…(queue the extreme underwhelm of that episode).

Anyway, I knew there would be enough buzz about what everyone wore last night and I could just scan the images the morning.  Here is my fashion recap, the biggest fashion standout winners and the painfully bad losers. 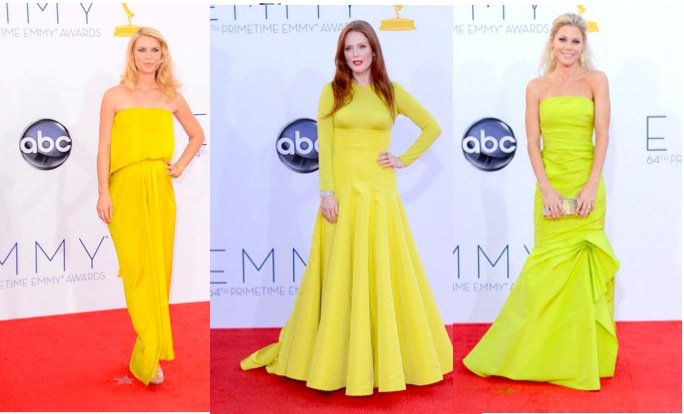 Let’s start with the most obvious trend (because it is visible from space), the color yellow.  Kudos to Claire Danes, Julianne Moore and Julie Bowen for being so bold as to wear this trendy bright but, Julie Bowen aside, I really hated the styles worn by both Claire and Julianne.

I know Claire Danes is pregs, but the top was just too droopy and big– everything sagged.  With a little less generosity in the top of the dress, it could have been a stunner.  What a drag (pun intended).

Julianne Moore is starting to fall into Meryl Streep territory.  After a ridiculous amount of award wins, I truly believe that Meryl can accept an award in yoga pants at this point, she has earned that right.   I’m starting to wonder if Julianne is starting to feel the same way.  The dress just had too much coverage and not enough going on.  I love the color, but the silhouette…hello, Amish! 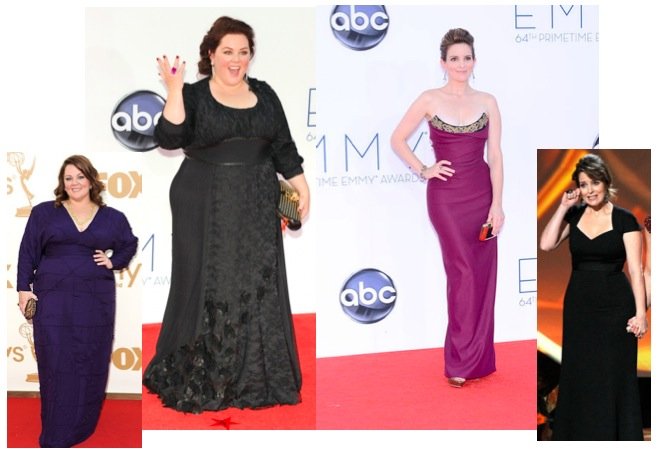 For most improved, I have to give it to both Melissa McCarthy and Tina Fey, for completely different reasons.  Melissa McCarthy disappointed me greatly last year when she wore a Grimace purple frock that didn’t flatter her whatsoever.  I wanted so much for her to do large girls proud last year and, instead, she wore what looked like a  tablecloth.  This year, however, she went sleeker, edgier and showed big girls everywhere that you can look damn good no matter what their size.

Tina Fey, on the other hand, rocked my world because she has finally abandoned her expected black dress.  The dress was just gorgeous and it seems that, finally, Tina is embracing her beauty as much as her brains. 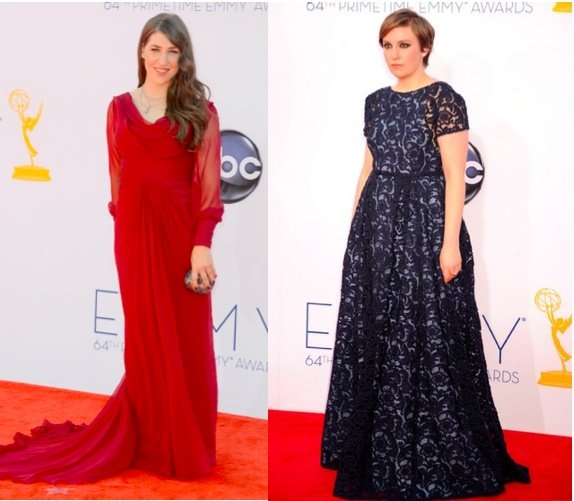 Lena Dunham, we get it, you’re hip, you’re cool, your writing is brilliant, I love the show GIRLS, your nakedness was hysterical in the opening, but the dress, oh the dress.  What I love about Lena Dunham is the fact that her body is an everywoman’s body…it’s relatable.  Last night she could have shown every woman how even when you don’t have a bony size 0 body that you can still look amazing.  What a missed opportunity.  I just hope that GIRLS costume designer, and my friend, Jenn Rogien didn’t dress her.  If she did, sorry, Jenn!

Mayim Bialik failed me as well.  Too old, too mature, too old lady for such a young, sharp, comedic talent.  Perhaps she was channeling Amy Farrah Fowler? 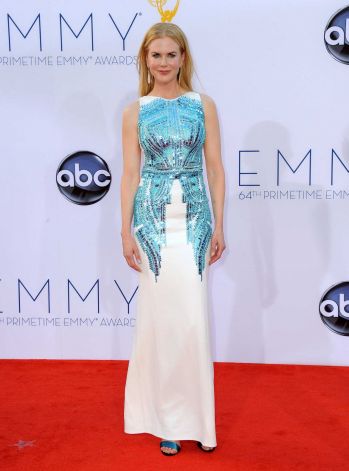 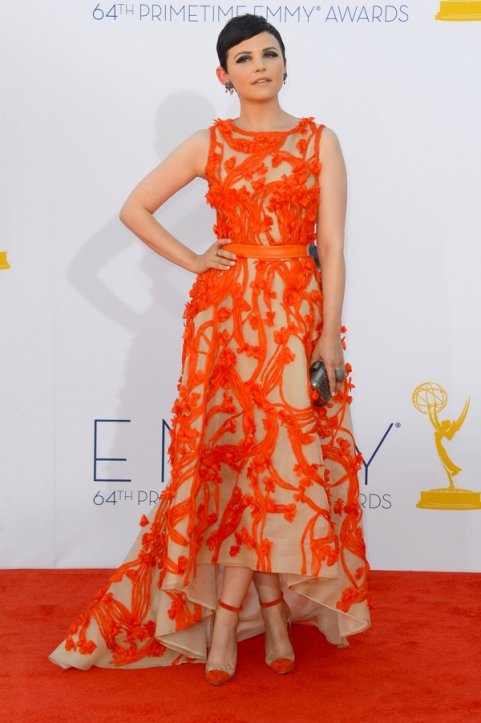 Ginnifer Goodwin looked like she was hosed down with Silly String.  Fail. 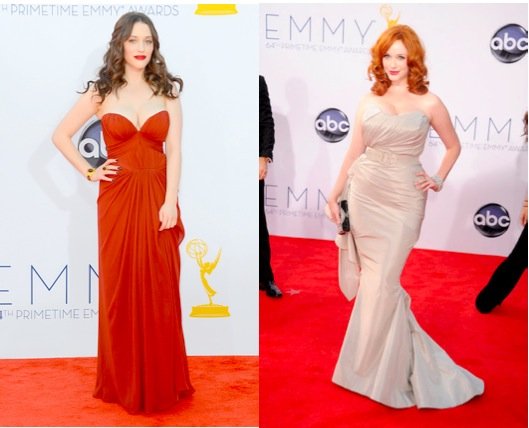 Being a lady with boobs, I know they can be a total pain to reign in.  Some voted Christina Hendrick’s dress a fail yet, for her curvy figure, I’m not exactly sure what would have been a better silhouette for her.  I love the champagne color, I think the dress has enough support and the mermaid bottom enhances her hourglass shape.  Maybe I missed something because I didn’t see it live, but I like it.  Although…in a few shots, I did see her boobs spill out the side.  Hey, Christina, this is the Emmys, not the Golden Globes!

Kat Dennings on the other hand…a sneeze and the Emmys would have gotten an R rating.  She looked like how I would look if I put on a training bra.  Not only did the top of the dress not have enough support, but they pulled her breasts down and created unsightly looking cleavage.  Yes, there is good cleavage and there is bad cleavage.  Kat Dennings had bad cleavage.

And, Speaking of Boobs 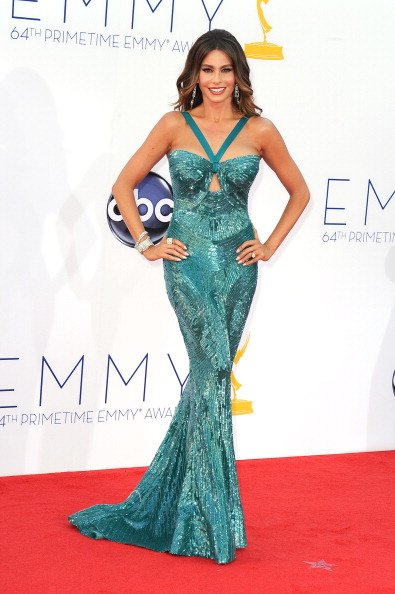 Sofia Vergara looked gorgeous.  The dress fit perfectly, the color was stunning.  Yet, why am I bored?  I guess I’m just tired of the same old, same old from her.  Yes, if I had her body I’d probably wear that (or less) on the red carpet, too, but I’d love to see her change it up a bit. 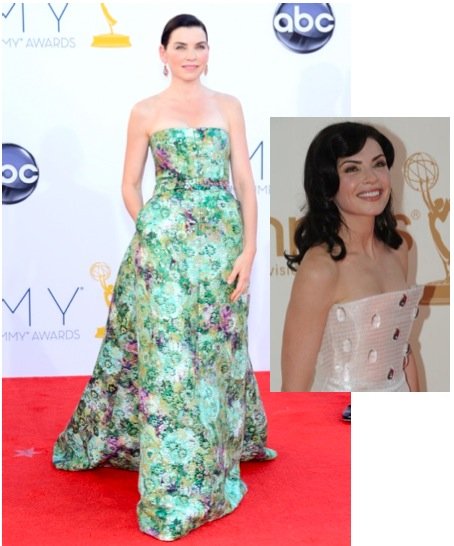 Like Jenn Rogien, costume designer for GIRLS , Dan Lawson, the costume designer for the Good Wife is a friend of mine, so I hope he didn’t dress Julianna in this gown.  I hate offending my friends.  While the dress got panned, and I don’t really love it all that much, it is a far better improvement from the dress she wore last year…the one I called The Scoliosis Brace dress.

We Get It Heidi, You’re Single and Ready to Mingle 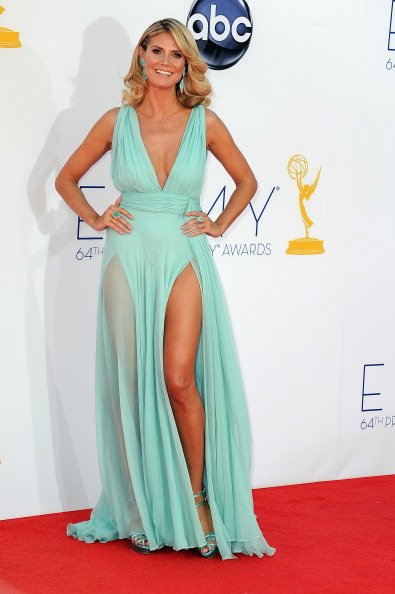 Good lord, was there anything left to the imagination in this dress?  Two slits, a plunging neckline, tons of sheerness…okay, okay!  The dress is pretty, the color is minty fresh, but the shade does remind me a bit of toilet paper.

And, Speaking of Toilet Paper 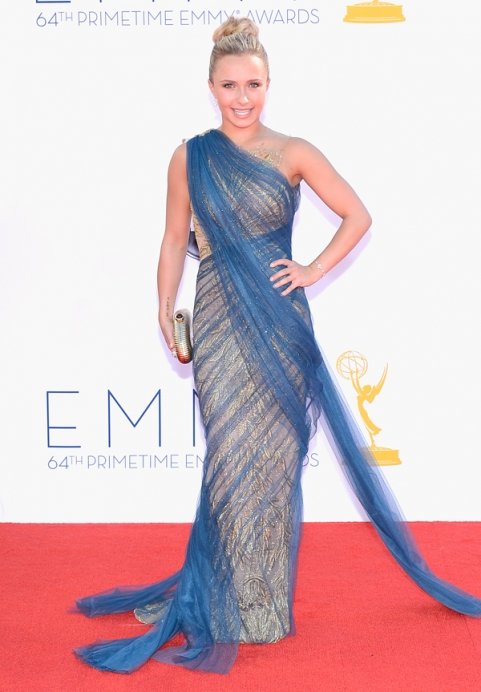 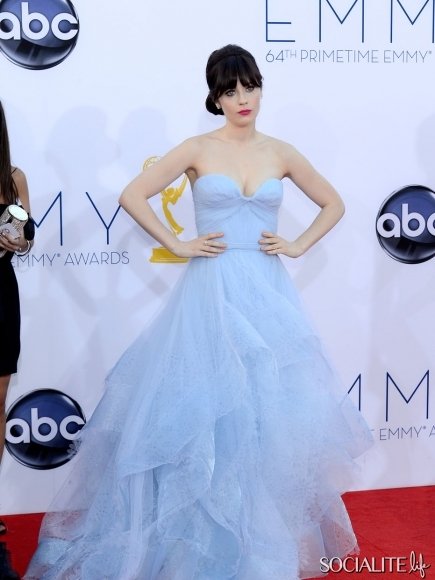 All Zooey Deschanel is missing is her magic wand.  I know, she is the quirky “cute as a button” celebrity, but this dress is just too sacharine.  I also think the color washes her out.  I’d like to see something more rich and bold on her to match her stronger coloring. 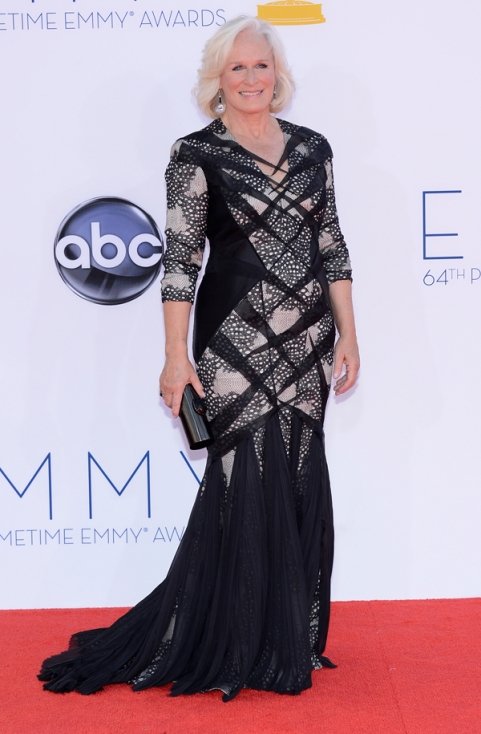 Should I ever run into Glen Close I am giving her my tutorial on Intensity Level.  This dress has WAY too much contrast for her soft features.  Oh, and the dress is ugly too. 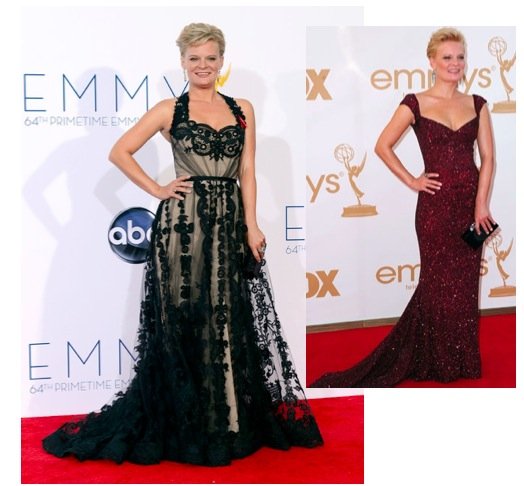 Last year, Martha Plimpton got my vote as one of the best dressed celebrities at the Emmys.  This year, not so much.  Too much dress, too much texture, too much, period….too bad.

Would someone please tell Ashley Judd that she isn’t 16 years old?   Really. 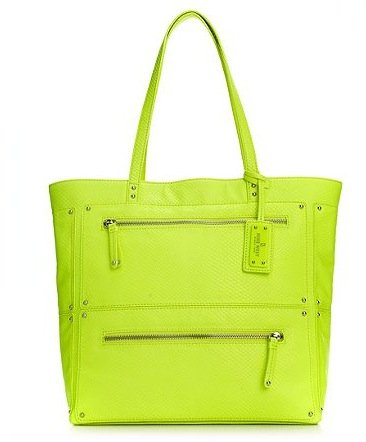 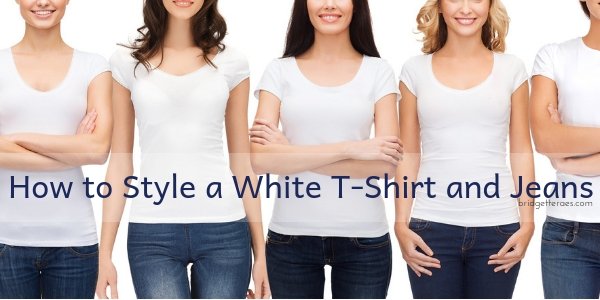 How to Style a White T-Shirt and Jeans 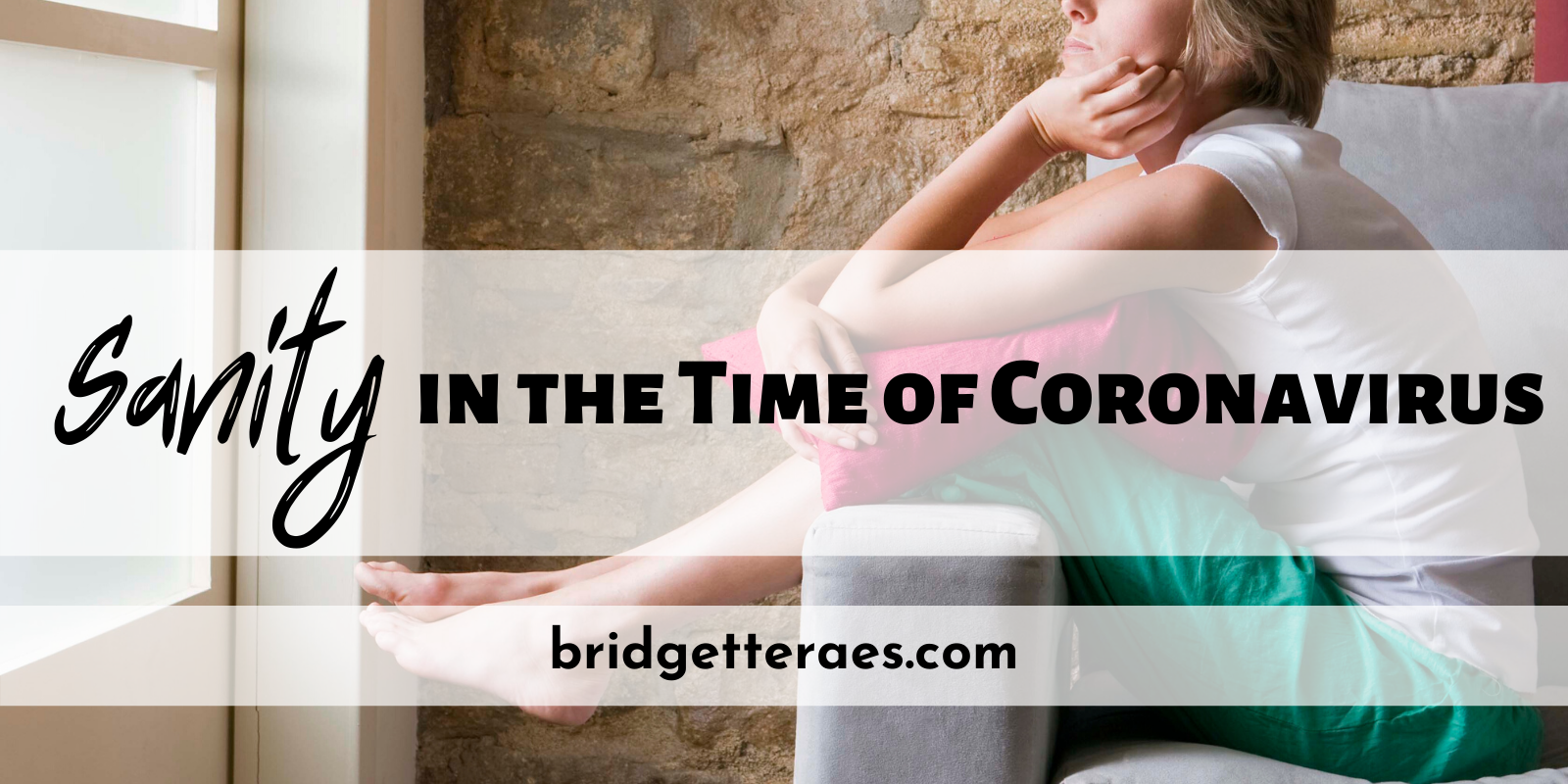 Sanity in the Time of Coronavirus

I just love the gown Nicole Kidman wears. She is very charming, attractive person and her dress at 2012 Emmy Awards Fashion is mind lowing. i just love her.

I do like her too. I thought what she wore when she won the Oscar years ago was stunning. However, I don’t always like her choices. She’s too gorgeous and demure looking for some of the get ups. But this look I really liked.

Hayen Pattierre that dress looks like its swallowing you.