Radio Show Recap: Do You Have a Shopping Addiction? 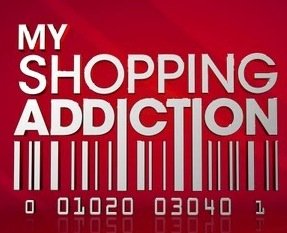 According to a study released by Oxygen Media, while only six percent of Americans admit that they are personally addicted to shopping, a large number of U.S. adults confess to spending behaviors that are compulsive.

Are you a compulsive shopper?  Listen to my radio show from last Friday to find out.

Oxygen premiered its authentic and thought-provoking new docu-series, “My Shopping Addiction,” on Monday, October 15 at 11pm ET/PT. The series captures an intimate look into the lives of young people facing a crisis brought on by a dangerous addiction to spending.

On last Friday’s show we’re talking about this new show on Oxygen with Dr. David Tolin Ph.D., ABPP, one of the therapists seen on the show My Shopping Addiction, along with Dr. April Lane Benson, a nationally known psychologist who specializes in the treatment of compulsive buying disorder.  Both talked wiht me about this addiction and what you can do if you, or someone you know, may have an addiction or compulsion to shop.   If you missed the show, you can listen to it here.

Also, during the show, I was joined by Jill Chivers, reformed shopaholic who is now an advocate for conscious shopping and creator created the world’s first online membership siteshopyourwardrobe.com for other women who want to slay their own shopping dragon and create a healthier relationship to shopping, themselves, their wardrobes and their wallets.  Like Jill Chivers, you may not be someone whose compulsivity to shop may not be causing you major problems in your life, however, if you are someone who has a preoccupation with shopping or who uses shopping as a stress reliever as therapy, or if you consider it to be one of your favorite hobbies, Jill’s story may just open your eyes and make you look differently at one of your favorite pastimes.

Rahua Haircare: Watch Me Get My Hair Cut and Colored. 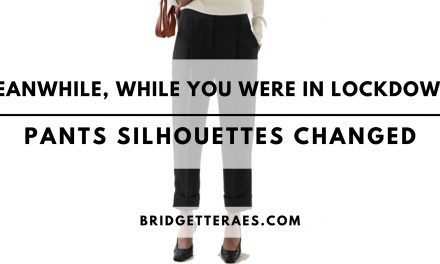 Meanwhile, While You were in Lockdown, Pants Silhouettes Changed

I always find interesting articles to read here. Thanks for sharing your experiences as how to get free from the shopping addiction.