Was Fashion Insensitive During Hurricane Sandy? 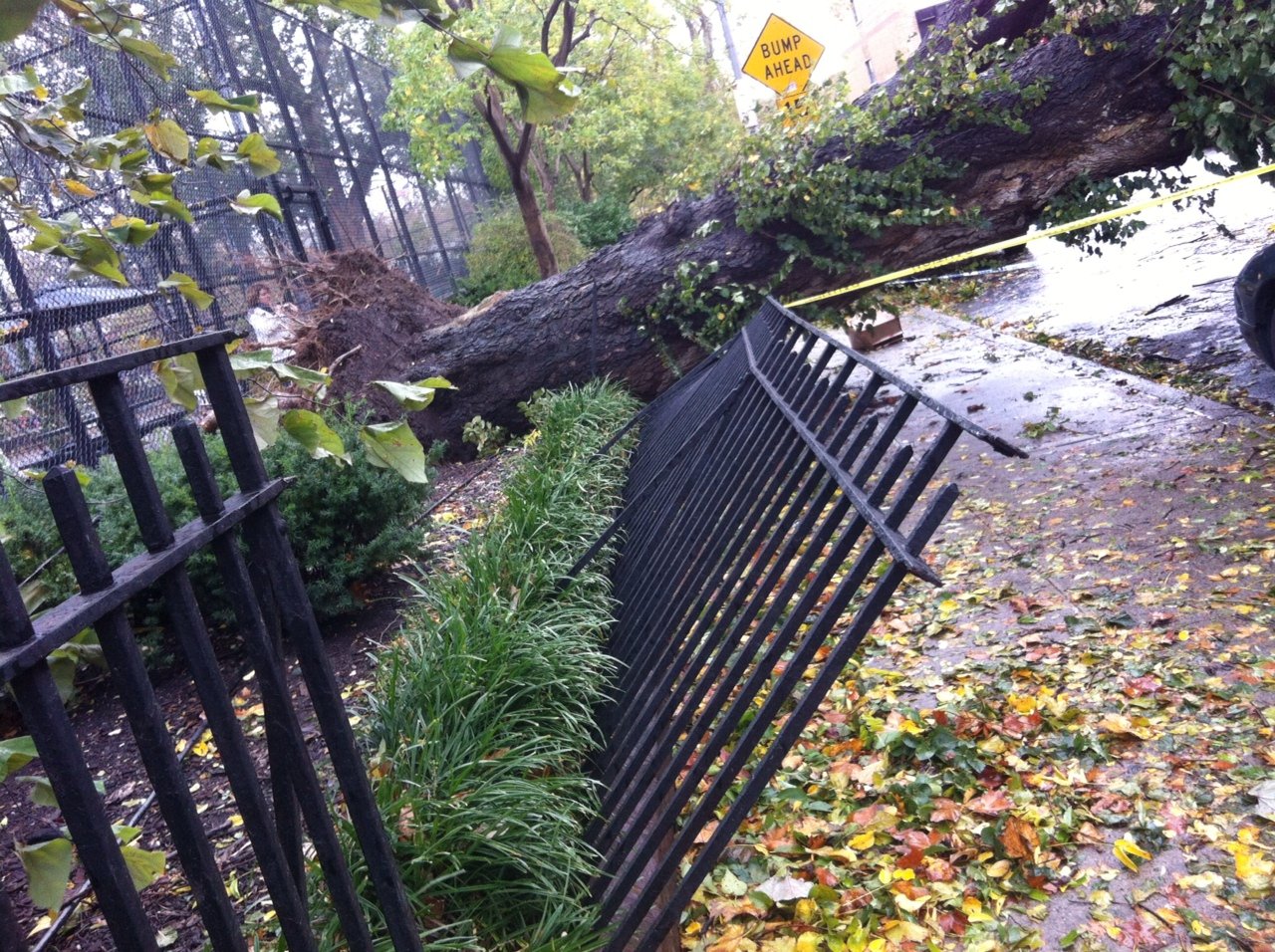 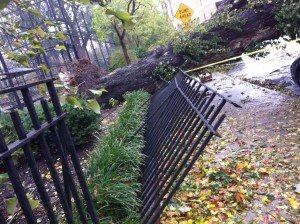 One of the down trees in my Carroll Gardens, Brooklyn neighborhood.

Thankfully, I was one of the people who went unscathed after Hurricane Sandy caused major devastation.  Aside from the loss of cable for most of the evening Monday night, I never lost power and, with the exception of a few down trees (roots and all), my Brooklyn neighborhood of Carroll Gardens was back up and running the morning after.  I am incredibly grateful, and as I get updates from friends and family in New York City and from my beloved home state of New Jersey, I have found myself expressing gratitude every time I turn on a light switch, take a hot shower, have heat or cook food knowing that there are many who aren’t so fortunate.   If a major disaster isn’t able to give you perspective on what is important, then I don’t know what would do it.

The morning after the hurricane, while still in bed, I scanned through my Twitter feed just to get a sense of the aftermath.  The updates were mostly grim and as I started to wrap my brain around what everyone in this area had lived through.   In the midst of all of it, I saw this tweet from InStyle Magazine and was shocked. 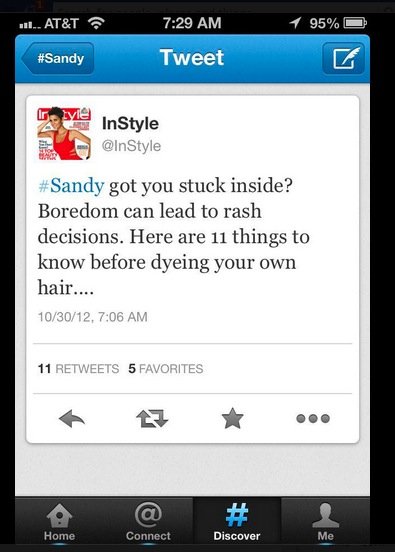 I took a screen shot of it on my phone and shared it with my Facebook Page with this comment: “Does anyone else find a Tweet like this insensitive? Yes, I was stuck at home yesterday during Sandy. Yes, I got bored after a while. And, YES, I also am grateful to be one of the fortunate ones who experienced minimal damage. But out of respect for those who lost their power, homes, who witnessed catastrophic devastation, and those who will be recovering from this for a long time, this Tweet just seems unecessary and thoughtless. But maybe I’m just overreacting. Thoughts?”

Not surprisingly, many agreed with me and mentioned all the people who died, the homes that were lost and infants that needed to be evacuated from intensive care at the hospital.  Yes, while many of us have been  inconvenienced from this tragedy (I am still figuring out how to get to Manhattan without making it the equivalent of a Lewis and Clark-like expedition”), I still feel so blessed and grateful by comparison.

This morning, I found out via Mashable that American Apparel angered the Twittersphere with their “Sandy Sale” that was exclusive to all states hit by the hurricane. 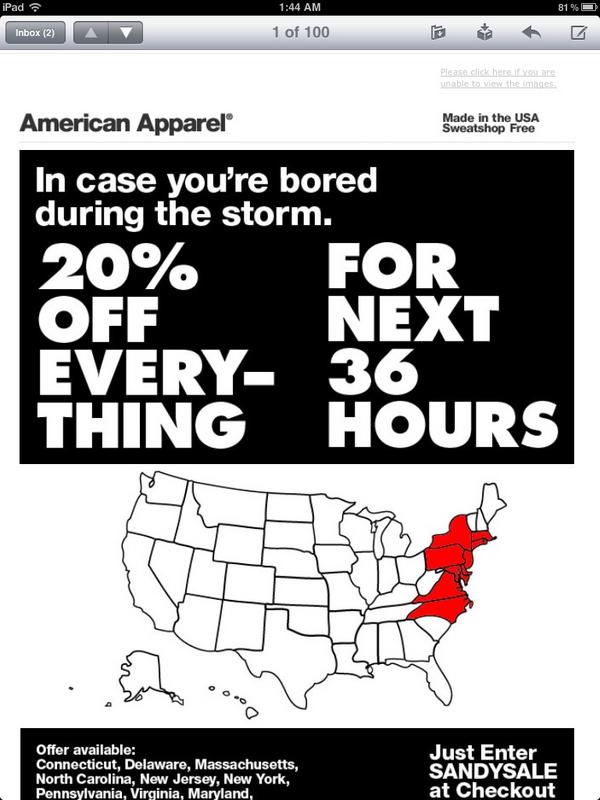 Needless to say, this caused a lot of backlash.

American Apparel and InStyle Magazine weren’t the only two to inappropriately capitalize on the hurricane.  Shine.yahoo.com reported some other retailers cashing in on Sandy.  On Monday, Urban Outfitters sent out a newsletter with this as their subject line: “This storm blows (but guess what doesn’t)…” and offered free shipping.  Yea, that’s great if you’re house blew away and you no longer have a place for all the merchandise to ship to.  Anthropologie, who masked their offer with well wishes, tweeted: “Thinking happy thoughts-like a new catalog & free shipping on US orders of $100+ with code AUTUMN.”  Gap, the brand, checked in via Foursquare to the “Frankenstorm Apocalypse” with plans to spend the hurricane doing “lots of Gap.com shopping” while Barney’s said their word of the day was ‘Hunker’ and to stay inside and shop Barneys.com instead.”  Just a thought, perhaps the word of the day should have been “sensitivity” or “compassion.”

Conversely, the Knot.com, who estimates the weather disrupted wedding plans for more than 2,300 brides-to-be this week. is doing something to help.  Again, according to Mashable.com, the behemoth bridal site created a page on Facebook called ‘Helping Brides in the Wake of Hurricane Sandy’  for east coast couples can share tips, find venues and talk to local experts.   Smart idea.

Shine also reported that the hurricane is obviously bad for retail, which estimates that, according to a new report, damaged merchandise and closed stores can mean up to 3% in profit losses.  Oliver Chen, an analyst at Citigroup, was quoted in the article, saying that the hurricane could also reduce online traffic for retailers by 40 percent during November’s first week due to customers’ more pressing issues…you know things like food, shelter, heat and clothing, necessary clothing.

With the lack of compassion shown by the retailers during Hurricane Sandy, I’m sorry, but it’s real hard to care how much damage or lost sales these retailers may experience as a result.  Oh, poor you.

What do you think?  Did fashion retail try to cash in on Hurricane Sandy? 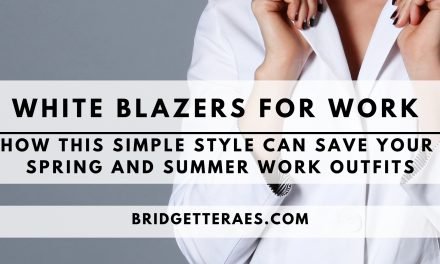 White Blazers for Work: How this Simple Style can Save Your Spring and Summer Work Outfits 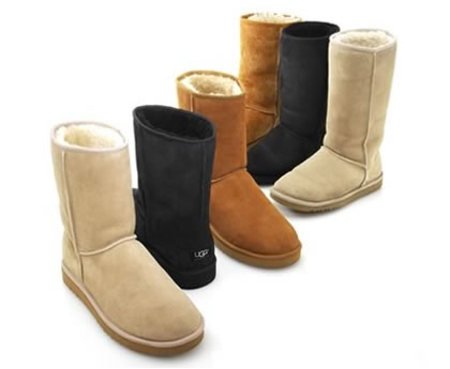 Uggcitrin: The Ugg Boot Vaccine. Get Yourself Protected! 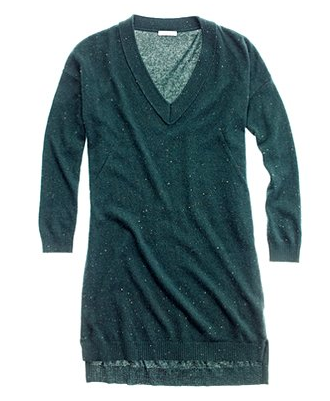 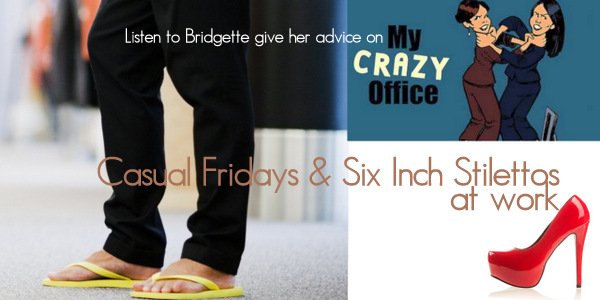 I thought so,even for the 50 Billion estimated devastation,there has been no news about the Fashion Industry being scathe or even halted.Thank you for sharing your insights,I totally agree with your point.

I got a Costco Flyer on 11/01 titled:
Enhance your backyard and enjoy an exceptional spa experience!
Not sure how well that worked in NY and NJ.