How to Wear a Breton Shirt 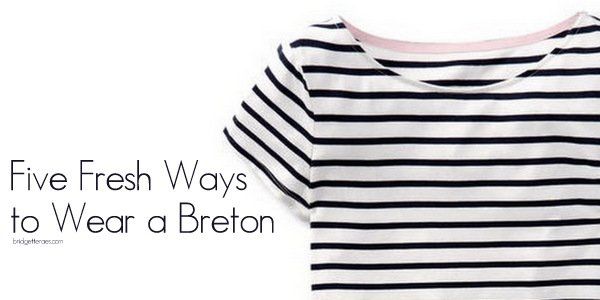 When I look at Bretons they just look so chic, classic and elegant.  They are such a summer favorite that never go out of style.  In today’s post, I am going to show you five fresh ways to wear this classic.  But, before I do, let me first explain what a Breton shirt is, as you may be wondering why a striped t-shirt gets its own name.

The history of the Breton shirt

The Breton shirt came to be in 1858 when it became the official uniform of the French seamen in Brittany and was originally known as a marinière or matelot.  The Breton originally had 21 stripes, one for each of Napoleon’s victories.

Since 1889, the Breton was manufactured by Bretagne, Tricots Saint James in wool and cotton for sailors and it become popular with Breton workers, for its ease of wear and practicality.  Soon this striped top became more of a mariner’s working garment and was worn by many seafarers and sailors in Northern France.  Much of the popularity had to do with these ease of being spotted in the waves when wearing them.

Yet, leave it to Coco Chanel to introduce the Breton to mainstream fashion when she included it in her 1917 nautical collection.  From there, the top was embraced by the upper-middle class of the time.

By the 1930’s, the Breton became more of a womenswear garment when it represented a breakaway from the heavily corseted fashion of the time.   With more of an interest in seaside vacations, Chanel designed the shirt to be worn with flared trousers, and as the style evolved the upper class started wearing it with a blazer, cravat and shorts.

The Breton emerged again as a trend in the 1950’s and 1960’s when the shirt was worn by beatniks and was also made popular when stars like James Dean, Marilyn Monroe, Audrey Hepburn, Brigitte Bardot and Pablo Picasso wore them.

Today, the Breton is synonymous with French chic and many designers have included this classic style in their collections.  However, likely the most notable designer is Jean Paul Gaultier who requires his press team to wear Bretons during his runway shows and uses this style heavily in his work.

How to wear a Breton shirt

Now that you have a little history on the Breton, here are some fresh ways to add it to your wardrobe.  With the simplicity of the style, you don’t have to do a lot to make an outfit look stylish.  But if you are looking for more, below are five outfits  using this classic style from Boden.  If you can believe it, I styled the looks below on Friday and as I write this post on Monday the shirt is nearly sold out.  How can this be?  However, all is not lost.  Boden sells plenty of other Breton styles which and you can check out at the end of this post along with additional style from other retailers. 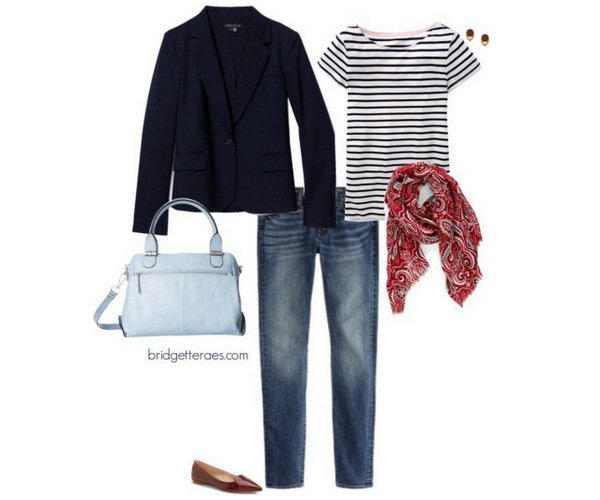 A few months ago, I wrote a post on how to mix prints and patterns and included a Breton because the linear stripes of the shirt lend themselves to beautifully to more organic prints.  Here, for example, I created a classic look using a pair of jeans from J. Crew, a classic navy blazer from Theory, a pair of red flats from Vince Camuto, soft blue bag from Elliot Lucca, paisley scarf from Jules Smith and burgundy red stud earrings from Nordstrom. 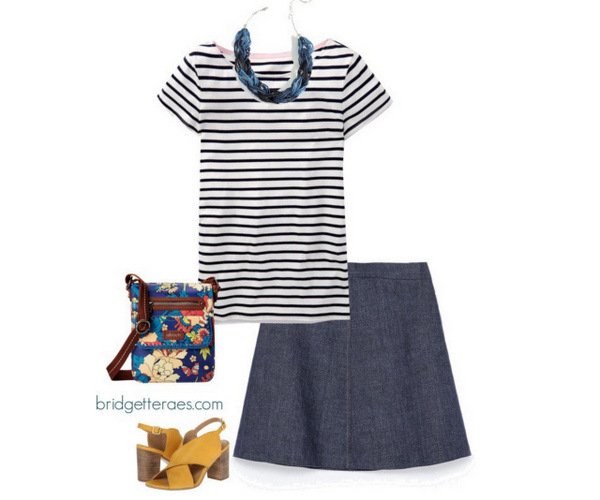 The classic navy and white Breton shirt can be worn with just about any color.  Here, for example, I gave the classic look, styled with this denim skirt from Zara, a pop with these yellow heeled sandals from Seychelles, a printed bag from Sakroots and blue tonal necklace from Modcloth. 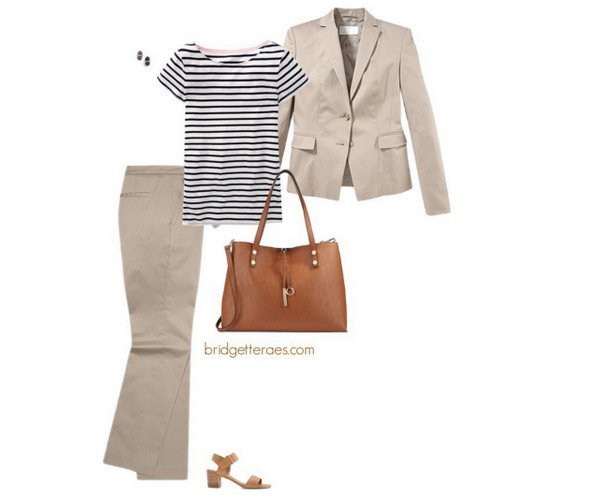 For a summer suited look, you can style a Breton under a cotton suit, like I did here using this BOSS Hugo Boss suit (link to jacket, link to pants) and finished the outfit with  with these tan sandals from Stuart Weitzman, cognac bag from Calvin Klein (which is reversible) and navy earrings. 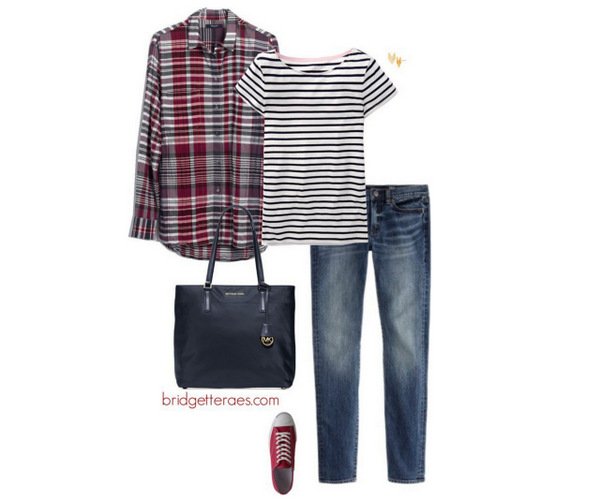 One of the reasons Breton stripes mix so well with other prints and patterns is that it comes across more like a solid instead of a stripe.  Here, this unlikely mix of plaid and stripes work for that reason and introduces a new way to wear your Breton shirt.  For a casual look, I styled it with an oversized plaid shirt from Madewell, the same jeans from J. Crew as used earlier, red Converse sneakers, a navy tote bag from MICHAEL Michael Kors and chevron stud earrings from Gorjana. 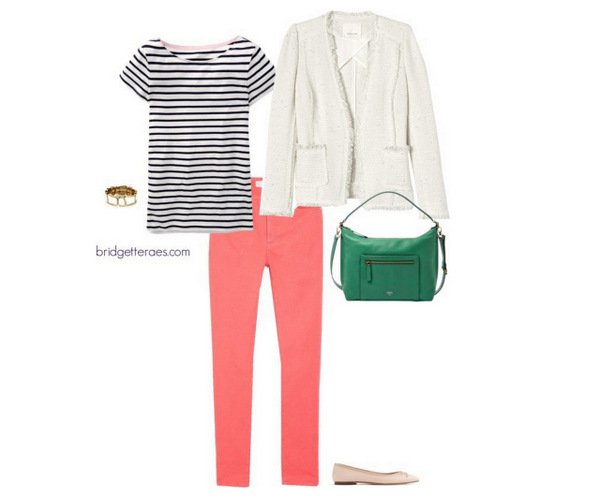 Navy and white Breton shirts will work with any colored pants you own.  Here, I paired this top with coral skinny jeans from Mango and added a casual Rebecca Taylor blazer.  The outfit is finished with a pair of nude flats, statement bracelet from Kate Spade, and, for an additional pop of color, a green handbag from Fossil.

Want to add a classic Breton to your wardrobe, check out these additional styles.

Personal Style: Are You an Acceptably Dressed Nobody? 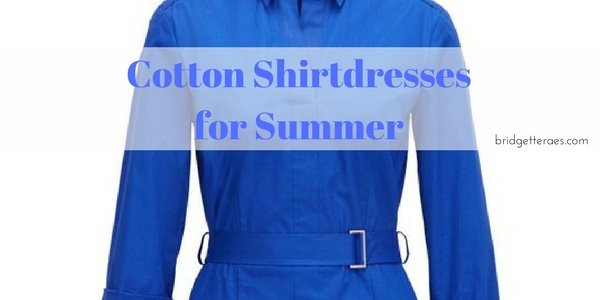 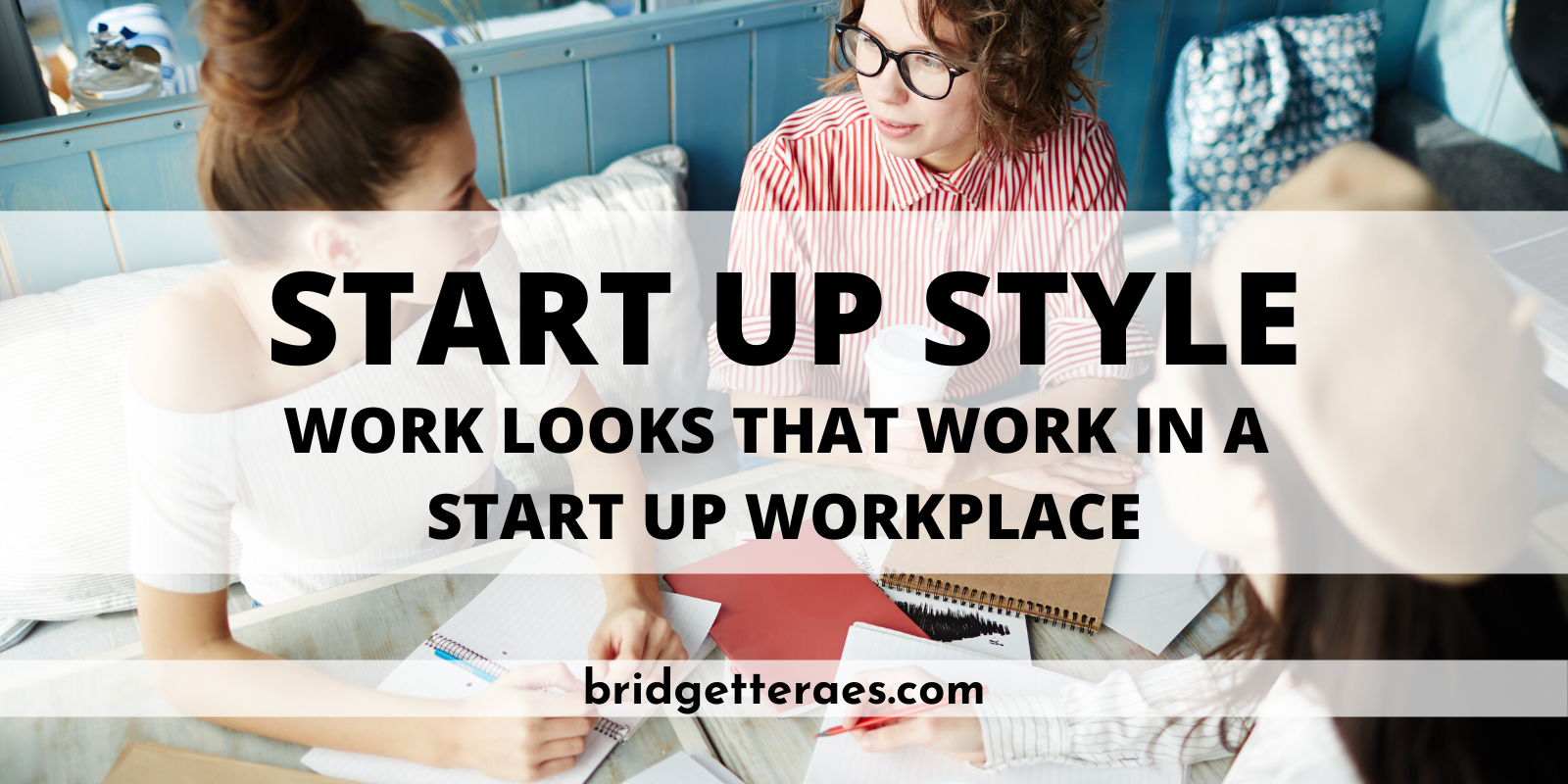 Start Up Style: Work Looks that Work in a Start Up Workplace 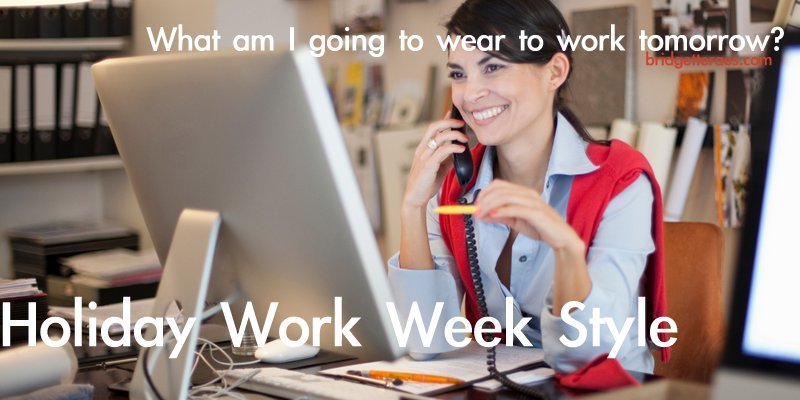 oooh, great post and cool outfits! Seem to have noticed more people wearing Breton recently. I’m inspired by the one where you style it with a suit, as I have a skirt suit in a similar shade. Can vertically challenged people carry off this style? 🙂 And I want those yellow sandals!

I am glad you liked the post! Yes, shorter women can wear stripes if they are mindful of the rest of their outfit being lengthening or doesn’t further make them look shorter. I hope that helps!

And to think all my life I’ve been calling this a striped shirt and it actually has a name. You learn something new everyday! 🙂