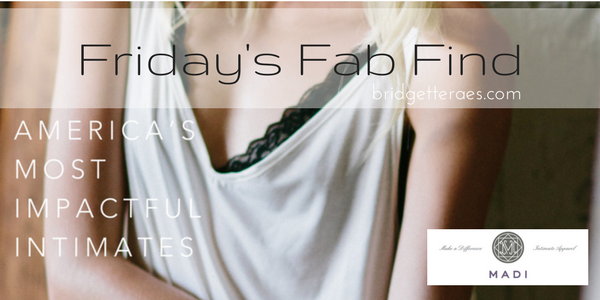 If there is one thing I’ve learned from working in the world of fashion is the difference between ‘inexpensive’ and ‘cheap’.  Sure those $6.99 dresses seem like a bargain since you’ll wear them only a handful of times, but companies that produce such low-cost items often treat their workers badly and engage in practices that overtaxes the environment.

I own far too much underwear partly because I don’t have a laundry room in my building and partly because I buy cheap undies that only last a few months. Those days are over. I’ve found a wonderful company that produces truly great durable high-quality underwear and that’s just the start of why they are an amazing Fab Find.

MADI Apparel makes some of the softest, prettiest most durable underwear you’ll ever own.  They use bamboo to create soft breathable viscose fabric that will absorb moisture and wick it away from the skin, keeping you cool and dry, while preventing odor. It also dries super-fast so if you ever need to rinse out your underwear at night while traveling, it will be dry when you wake up in the morning

Bamboo is a fast-growing plant that releases more oxygen than trees and doesn’t require pesticides so it’s safer for the environment. All the of MADI’s apparel are manufactured in Kansas both to reduce the carbon footprint of importing materials and to ensure workers get fair wages in safe working conditions.

It doesn’t stop there.  Founder Hayley Besheer learned underwear is the most under-donated clothing item & formed MADI apparel in 2012 after learning a family member was once a victim of domestic violence.  Underwear tops the most urgent needs list at most domestic violence shelters and sexual assault clinics.  For every intimate sold, MADI apparel gives a pair of underwear to a deserving charity. Learn more about their generous donations here.

Yes, their items are a bit more costly than typical underwear but they make up for it by being long lasting, high quality super comfy undies that helps women all over the world. Can it get any better? Yes it can! For one week Bridgette Raes readers get 15% their purchase with the discount code “BridgetteRaes” at checkout! 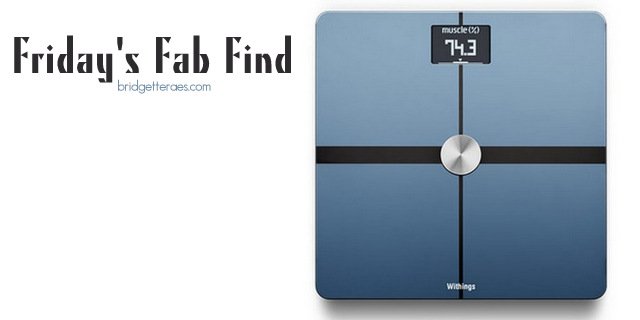 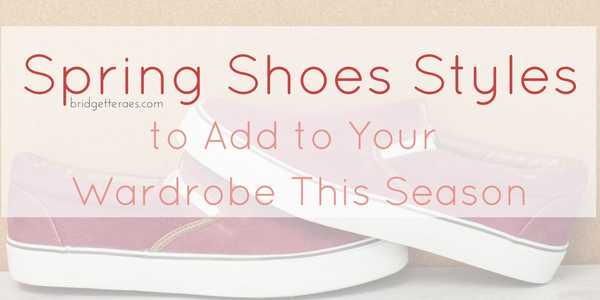 Spring Shoes Styles to Add to Your Wardrobe this Season 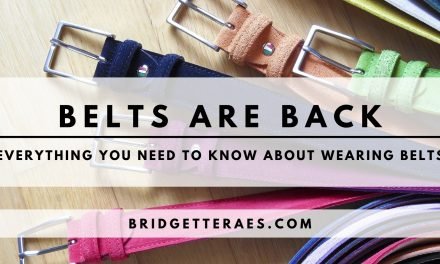 Belts Are Back: Everything You Need to Know About Wearing Belts