The Power of Packaging: If Bowling Can Change its Image, So Can You 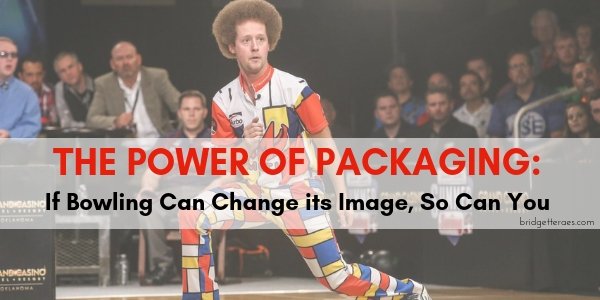 Earlier this month, I was in Las Vegas for work. Having a later flight home, I checked out of my hotel room and found a quiet spot in the hotel’s bar to do some work and kill time before I left for the airport. Sitting there, in my little quiet corner with the many televisions vying for my attention, I noticed a bowling tournament being broadcast on one of them.

I’m not much of a bowling fan unless I am looking for something fun to do with a bunch of friends. I don’t follow the sport and my dad used to have a joke that, “you knew it was the bleak dead of winter when bowling was on.” Bowling alleys were considered seedy places where seedy people went. Therefore, what grabbed my attention was not the bowling itself, but what the bowlers looked like.

“Since when did bowlers start dressing like motorcross racers?” I wondered. Even more interesting, one bowler looked like famous snowboard champion Shaun White when he had long hair, and the other like Stefan Kendal Gordy, better known as Redfoo, from LMFAO with his outrageous afro and clownish demeanor. These were not the bowlers I remembered when I was a kid and would stumble on some bowling tournament on tv on a dank February Sunday afternoon in the . These bowlers didn’t look like the  men in polyester pants who looked like they smelled of stale cigarettes and regret. These guys looked…cool. It blew my mind that all it took was a change of image to change my perception of the professional sport of bowling.

It turns out that the LMFAO looking bowler is Kyle Troup, a professional bowler known for his flamboyant style and Bob Ross hair, and has been compared to Dennis Rodman for changing the image of bowling the same way Rodman changed the image of basketball. His goal? To add flare to a sport lacking in entertainment. Clearly, it’s working because I noticed it immediately.

As I continued to watch, because I was now completely drawn in by just how cool professional bowling had somehow become simply by the image, it made me reflect on just how powerful image and packaging can be. To me, it spoke volumes on the power of image and its ability to change how we perceive things.

When we look at our own “packaging” (image) and personal branding, we can look directly at the influence that product packaging has on our behavior as consumers. As per this article by Derrick Lin:

“An attractive and effective packaging holds the key not only to successfully market a product but to positively change its perception in people’s minds as well. Packaging, in fact, is the first point of contact of a product with the customers, which conveys all the aspects of its attributes to them. In other words, packaging essentially is the first impression that has the power to attract consumers’ attention and convince them to make the purchase.”

Couldn’t we say practically the same thing about personal image as well, that how we perceive people is based on how they are packaged and that it does have the power to change the perception from others? Whether we like it or not, over 50% of how we are perceived by people is based on our non-verbal communication, which is our image and body language. You can view it as bad news, that we are a shallow, image-consumed society, or good news, that we have a tremendous form of power in our hands to change how the world sees us simply by the way we package ourselves.

Some more statistics from this article in bold and my commentary below each point.

70% of consumers accepted that they form their impression of a brand based solely on the packaging.

63% of consumers agree that the product packaging is as important as itself.

Packaging ourselves in a way that is aligned with our message and who we are, often yields more positive results than when the two are misaligned.

52% of people say that they will happily pay extra money for products if they like the packaging.

Many people find they do better at work, are more likely to get promoted and have better success when they think about their image being aligned with their goals and message.

64% of people accepted that they purchase products right off the shelf if they like the packaging without researching it.

We are heavily influenced by a person’s image and will often make a snap judgment of them based on appearance and image.

This is also why most clients seek out my help when they are going through some sort of transition, personally or professionally. Essentially, what they are looking for is a new way to package or brand themselves that is equal to their new messaging.

So is the message here to consume ourselves exclusively with our image and not care about what’s inside? No, not at all. It’s quite the opposite actually. After all, it’s easy to spot someone who is frivolous, shallow or self-involved simply by how image-consumed they can be based on how they package themselves and find ourselves not wanting to be around them. When packaging ourselves, we want to use the power of our image and personal branding, not get used by, to wield the power of packaging and use it to productively and effectively communicate to others the message we want to send. Clearly, it works because, after all, if bowling can change its perception just by altering its image, so can you. 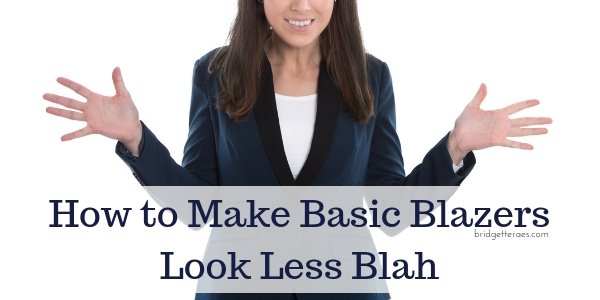 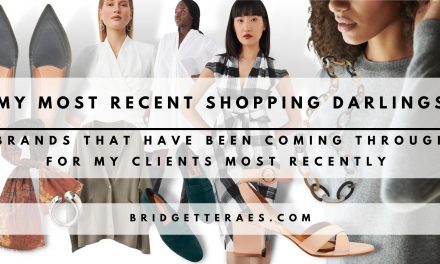 My Most Recent Shopping Darlings: Brands That Have Been Coming Through For My Clients Most Recently

Check out My Stylish Thoughts on Inside Out Style Blog