Owning Your Narrative: The Secret Weapon for the Success of Capturing Your Style 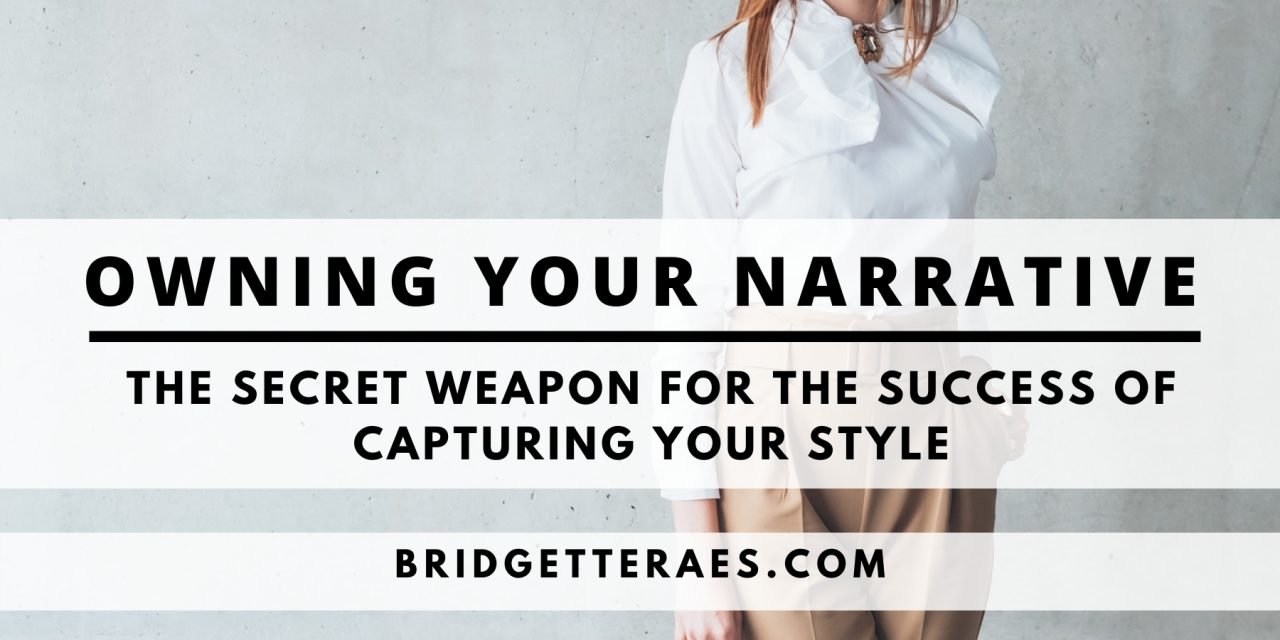 During the week of the election here in the U.S., news channels had a lot of time to fill as Americans anxiously waited for the results. While watching CNN, a conversation broke out between the hosts about Kamala Harris and how it was interesting that her wardrobe didn’t receive much scrutiny during the election season, which was so refreshing to not have a woman reduced down to her wardrobe choices. Despite Kamala being known for her Chuck Taylor sneakers, like Hillary Clinton is known for her pantsuits or Biden is known for his aviators, they said that Kamala controls her own narrative when it comes to her style and was likely why she didn’t receive such criticism.

I immediately jotted down this statement with a note to blog about it because it made me think of the power that comes from owning your narrative. I thought about the post I wrote about Susan Kreitzman, the woman who looks like human artwork, and Elizabeth Sweetheart, known as the Green Lady and who lives in my Brooklyn neighborhood. Both these women receive heaps of praise and adoration for simply owning who they are.

The irony is interesting. So many women are afraid to own their own narratives yet have enormous respect for those who do. They tuck their true essences away or don’t even bother to explore them while praising other women for being so honest, bold, and confident. We honor the uniqueness of others and don’t give ourselves the same room or respect. We hide in plain sight as just another acceptably dressed nobody and work so exhaustingly hard to not fully live out loud.

When we think about our image, rarely do we consider how much personal confidence is crucial in being successful in what we wear. To a degree, it doesn’t matter what you wear, but ownership over the narrative is the secret weapon in the success of capturing your style.  Of course, you need clothes, but it’s when the inner and outer sparks a connection that we get to witness someone who steps forward fully confident and fully realized. In order to be completely successful in what you wear, you can’t have one without the other. You can’t be in total ownership of your narrative without your clothing expressing who you are, and you can’t express yourself fully in your clothing until you completely own your narrative.

What is Means to Own Your Narrative

What does it mean to own your narrative? It means owning your humanity, owning your journey, loving yourself, believing you belong, are worthy to be heard, and perfectly acceptable as is. The power of oneself does not come from putting on the perfect outfit or doing the right thing, Great style comes from security with yourself. When your own narrative, you are untouchable.

I love working with clients like this. It’s refreshing, not just in dressing them but to be around this type of energy, this confidence, this clear-headedness. In assessing these types of clients who own their narratives, here are the most common attributes they share.

I have one client who is incredibly decisive and likely a salesperson’s worst nightmare. You couldn’t get her to do anything she didn’t feel compelled to do. When we’re in the dressing room, she’ll give clipped yeses or noes to selections when she is sure of how she feels about something. When I have seen salespeople try to sell her more and she isn’t interested, she gives a simple no without feeling like she owes any more explanation. She doesn’t try to please, she doesn’t make excuses.

Women who own their narratives know they don’t owe anyone an explanation and they sure as heck don’t need to apologize for it. They’re not jerks. If they have done wrong or truly owe someone an apology, they will offer it. But an apology for taking up space, for being who they are, for wanting what they want, for sharing their ideas and thoughts? A person who owns their narrative would never dream of doing something like that.

They don’t doubt themselves

Women who own their own narratives don’t doubt themselves. They put a stake in the ground and own that claim even if that comes with judgments from others.

They understand that nurturing themselves means they have more to give

People who own their own narratives are incredibly generous people. They can be generous because they make sure their gas tanks are full first. They have more to give back and offer because they run at optimum speed. When they give, it’s not out of a sense of obligation or guilt. They understand that self-care is critical. They know what they need and how to take care of it.

When they make a mistake they own their mistake. When they know they are right, they will fight for their opinion to be heard. They know they have something of value to share and they don’t question that. They have an awareness of their faults and take ownership. They are unapologetic about what makes them tick, what they value, and who they are.

They don’t owe you anything

They know how to create boundaries

You will never penetrate the boundaries of a woman who owns her own narrative. Don’t even try.

They are brutally honest with themselves and others

People often avoid being honest for fear of hurting the feelings of others. While they aren’t insensitive about it, women who own their narratives won’t waste time not being clear and honest. They are also brutally honest with themselves and will be the first to take their own inventory.

They ask for help and know their limitations

The reason I get hired by so many women who own their narratives is they are smart enough to know to ask for help when they don’t possess a mastery. They see the value in this. Owning your narrative does not mean you know all the answers, it means you are secure enough with yourself to be aware of your strengths and shortfalls.

Women who own their own narratives don’t pine. They don’t wish for things, They accept what they can’t change and move on or do something about what can be changed. These women don’t get stuck wishing for things, they take action and live in the solution.

How this relates to Personal Style

Owning your own narrative has everything to do with personal style. Personal style isn’t about clothing, it’s about self-expression and where clothing is merely the tool. As I wrote in a post a few years ago regarding personal style: Style means vulnerability. It’s about choosing yourself first and letting your clothes support that. It’s conviction. It means, not allowing someone else to decide for you, to know yourself, and, most importantly, not be afraid to show it. It is confidence, a commitment to something, self-approval, and guts.

Do you have work to do?

If this post has left you feeling like you are miles away from being a person who owns their own narrative, take comfort in this. Who you are is always with you, living inside. It’s the constant you. You don’t have to find it, you have to learn to listen to it. Fight for it, dig for it, and when you find it, own it without apology. Take chances, make mistakes, and no matter who bubbles to the surface, when you find that constant you, love it.

Ready to Own Your Narrative?

Q&A with Bridgette: Mom Style- My Kids Call Me a Frumpy Soccer Mom 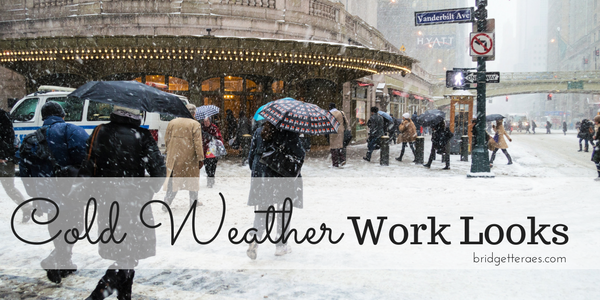 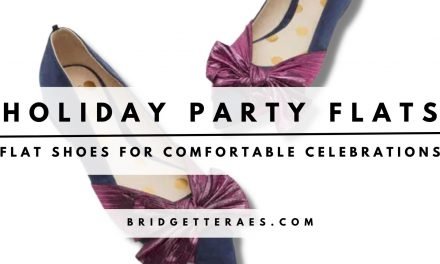 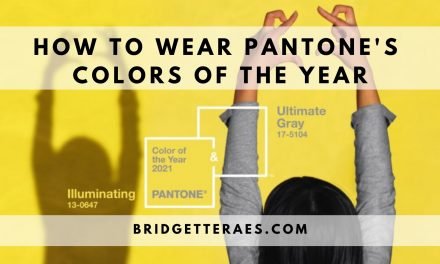 How to Wear Pantone’s Colors of the Year: Illuminating and Ultimate Gray

Bridgette, this is the best over view I have ever read about being secure in yourself; you nailed it! I have worked through all of these issues over the past few years and have finally come to the place of being me and being comfortable with that. I would add that financial security and good health are important factors in helping achieve this space for some and for me specifically. Also, achieving some degree of life success helps drive this journey. The inferior complex and comparison to others needed to be eliminated from my psyche to be replaced with a head held high and pride in me.

Thank you Joyce!! Any evolved woman will have to reckon with these things at some point. And totally agree…health and financial security are tantamount! Thanks for these additions!!

This is such a great piece, Bridgette. It’s thought-provoking and spot-on. I’m surprised there aren’t more comments. One thing I kept thinking as I read it, is that most (although not all!) of the qualities you describe are behaviors most men embody and take for granted as normal.

Thanks Marian! While there aren’t a lot of comments, I did get a few emails and comments in other places. People seem a little gun-shy when commenting here, which is a bummer. I’m not sure why. Some blogs get tons of wonderful comments. Maybe things will pick up.
And, yes! You are so right about the comparison of men to women. Sometimes I feel like women have come such a long way and often I realize just how far we still have to go. I hope a woman VP will make some permanent changes in the positive direction!