Politically Purple: The Symbolic Significance of Purple at the 59th Presidential Inauguration Ceremonies 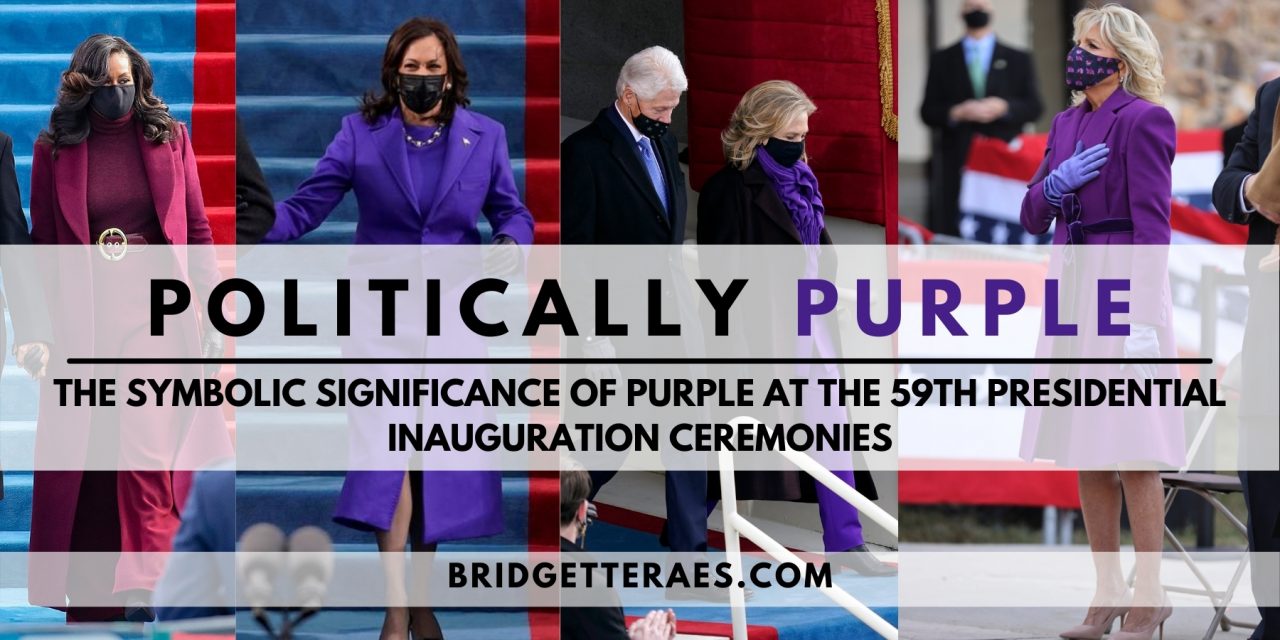 For so many reasons, I couldn’t wait to tune in for the 59th Presidential Inauguration. I wanted to see the transfer of power from a president I didn’t agree with to one I voted for. I wanted to see the first woman get sworn in as Vice President of the United States (at which I cried, twice), and I wanted to see the fashion. Given the type of work I do as a stylist working with women in leadership, I’d take this type of event to swoon over fashion over any celebrity red carpet one any day. Fashion is often seen as frivolous but it’s in events like this that we can marvel at just how powerfully clothing communicates.

Did you spot how much purple was worn? It started when Dr. Jill Biden wore it the night before the inauguration when she chose a purple ensemble by the independent designer, Jonathan Cohen. On Inauguration Day, this theme continued when Kamala chose to wear a dress and coat in a stunning purple by designer Christopher John Rogers. And did you happen to notice that when Kamala swore in the new senators she had a shorter jacket that resembled the swearing-in ceremony coat so that she could change into without losing the look? Brilliant.

But the purple didn’t stop with the first lady and the VP. Hilary Clinton wore her signature pantsuit in purple by Ralph Lauren under a maroon coat, President Biden wore a purple tie, as did Bill Clinton, and Michelle Obama wowed everyone in her purple outfit designed by Sergio Hudson, the designer who also designed Kamala Harris’ evening look and her inaugural shoes.

Why was Purple the color of the inauguration?

There are several reasons why this color was chosen so heavily. The first, most obvious reason is that purple is the color of unity between both political parties, red and blue. Given the theme of the inauguration was unity, the selection of this color was purposeful. Another reason for Kamala Harris’ choice of purple as a campaign color and wearing it to be sworn-in, was to honor Shirley Chisholm, the first black woman elected to congress and the first woman to ever run for president. Chisholm famously wore purple during her campaign for president. Purple is also one of the lesser-known colors of the suffragettes, purple is for dignity, white for purity, and green for hope.   Whether it was one or all of these reasons that purple was worn by many at the inauguration it’s obvious, it was definitely intended.

Inaugural Fashion Was the Fashion of Not Just Unity but Change

Beyond just the prevalence of purple seen at the inauguration, there were other values championed strongly and represented in the fashion choices, like featuring emerging and independent designers of color and designers who focus on sustainability. In fact, the coat worn by Kamala at the candlelight vigil was designed by Pyer Moss founded by Kerby Jean-Raymond, who is the son of Haitian immigrants and turned his studio into a PPE donation center and also provided emergency grants for women- and minority-owned small businesses affected by the coronavirus crisis. As the look of the presidential administration broadens in diversity we can only expect that we’ll continue to see that same diversity in the fashion that gets worn. The choices made by those in attendance were thoughtful and in line with their values. Dr. Jill Biden and Kamala Harris used their clothing to express their core values and to build awareness. When put in this light, you’re able to see the incredible impact fashion can have on making a statement or sending a message.

From a psychological standpoint, purple is connected to power, nobility, luxury, wisdom, and spirituality. It’s also a color most haven’t always embraced as a workwear color. However, this is changing because women are completely done with looking like drab versions of what men women in power think women should wear. Women are ditching the drab for power colors that make a statement. Here are four looks using purple professionally, and one for the professional woman perhaps not in the office.

A pop of a bright color blazer is definitely the way to go with purple. It’s a great face color for many and frames the face nicely. It’s also a smart style to have if your work look is commonly a blazer over a basic top and tailored pants. I styled this blazer from Milly with a barely purple silk tank from Theory and navy pants from Vince. I finished the outfit with an Aligieri gold and pearl necklace and grey pumps by Gianvito Rossi.

Don’t avoid taking color chances with purple to create dynamic looks. Color combining can take the mundane and make it look compelling. I styled this plum-colored belted dress from BOSS with a dusty salmon blazer from Max Mara. I finished the look with the same grey pumps and quartz swirl earrings.

This two-piece relaxed suiting outfit of culottes and a belted cardigan from M.M. Lafleur is in a shade they call concord. I styled it simply with a short sleeve sweater from Theory, the same necklace from the first look and pumps from looks two and three. The trick to investing heavily in good things is to buy less and wear them more.

Bright purple layering pieces can add a punch to a basic work look or can be used to work harmoniously with a blazer as I did here using this tank from Hanro and blazer by Veronica Beard. I styled these pieces with a pair of deep teal ankle-length trousers from Theory and finished the look with magenta loafers from Lafayette 148.

In this last look, I styled this statement-making featherweight cashmere sweater from Saks Fifth Avenue with a pair of straight-leg jeans from J. Crew and layered a camel coat from Reiss over the outfit. I finished the look with a pair of brown suede booties from Good American, a Longchamp bag in navy, and a bright scarf from Etro.

Make Purple Part of Your Wardrobe 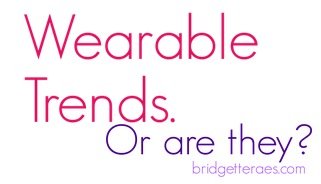 Should I or Shouldn’t I? Six Wearable Trends for Spring 2011 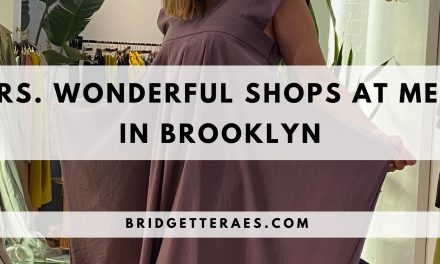 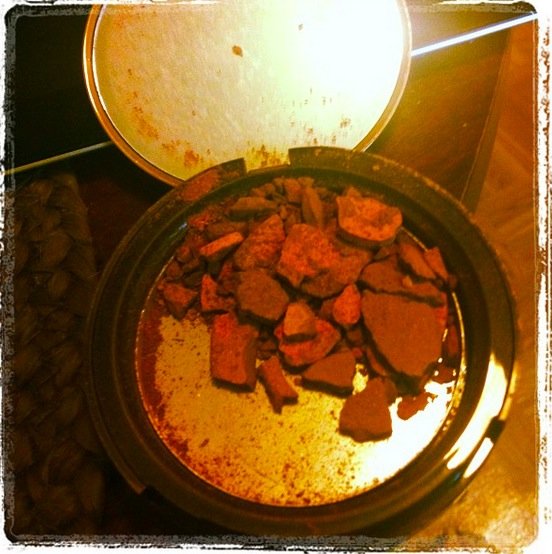 I was fascinated with the range of purples worn. I always thought purple was exclusively royal purple like what Hillary wore but there were so many other hues present. I don’t particularly like royal purple but found some of the other colors stunning and would wear them in an instant. Thanks for the examples on how to wear this color!

Thanks Kay! I am glad to hear you got some fresh ideas!