Recognizing Yourself in Your Clothing: The Key to Establishing Your Style 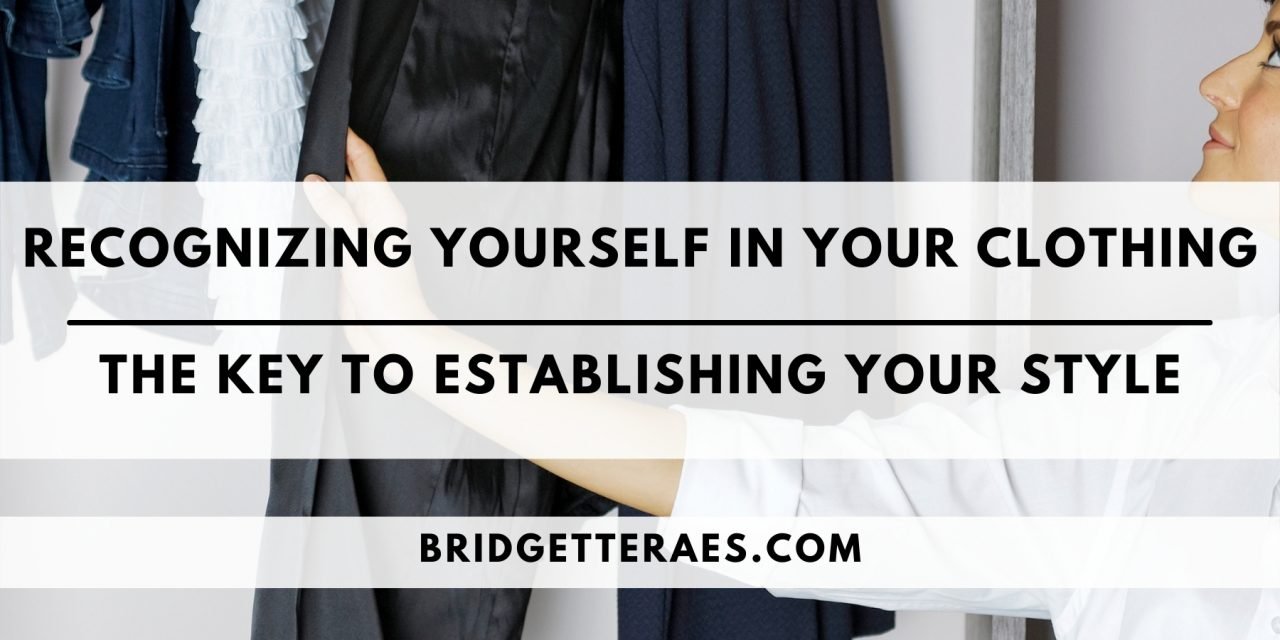 I have been working with a new client for a few months and I adore her. To protect her identity, I will give her the alias, Mrs. Resplendent, which means splendid or sublime. Mrs. Resplendent hired me when she made the decision to maximize her potential at work and realized that her image and work style needed an upgrade to achieve this goal. During a session recently, she said something quite profound, “my goal is to not think about what I am wearing.” She went on to say, “I want my clothes to be me.”

Mrs. Resplendent and I talked about how she had encountered times, either in her personal or professional life, where she felt like her clothing wasn’t doing a good job of representing her well and how she reacted. It’s a point I have touched upon numerous times on this blog, the idea that we act and carry ourselves differently when we feel our clothing accurately represents us.

I was thinking about Mrs. Resplendent’s comment while previewing some looks put together by another client of mine, let’s call her Mrs. Charming, in preparation for her closet edit. When I work with clients virtually, I rely on photography to help get a baseline of their starting point. As I was scrolling through this new client’s photos, I could tell which outfits were and weren’t her. Up to this point, I have had all of one conversation with Mrs. Charming. How could I possibly know whether or not something was her with such little information? Could I really tell if something she was wearing was her or not? From years and years of practice, I pick up on cues that have never steered me wrong. To describe the feeling, it’s similar to the reaction you have when someone tells you a lie. You know, that feeling? You don’t know exactly what it is that convinces you when a person isn’t being fully forthcoming, you just know they aren’t. That is the feeling I get when a client isn’t wearing something that is off or not honest for them. Even if it looks good or passable, it’s not a fit for them, it’s a lie. I think that was what Mrs. Resplendent was trying to explain, she wants a style that is so truthful about who she is, it just becomes part of her package.

RECOGNIZING YOURSELF IN YOUR CLOTHING: THE KEY TO ESTABLISHING YOUR STYLE

The interesting part about my feelings of when a client’s outfit doesn’t feel right or honest for them is that I am rarely wrong. Never have I told a client something doesn’t feel right for them and they have told me it was their favorite outfit. And this is not due to me having some sort of outrageous skills. It happens because of how remarkably we change when we don’t feel right in something that isn’t right for us. You can’t outrun an outfit that makes you feel bad when you wear it. It will always tell on you.

Early on in my career, I happened to be shopping with my sister. She was in need of a coat and when she tried on this blazing orange duffel coat, she simply said, “I feel like me in this coat.” Everything about her demeanor changed once she put it on and she wore that coat until it practically fell apart because it made her so happy. I have had experiences with clients where a simple change in appearance got them three job offers in a week after a long dry spell trying to find work. Was it the suit that helped my client with the job offers? No, but how she felt wearing it did. Self-employed clients have tripled their sales, others have gotten promotions, left husbands, found new relationships, started businesses, and more, and all have credited working on their image and style as a key part of these successes.

By that token, fashion does matter, but not in the way many women assume it does. Women get so caught up in the rules of fashion when establishing their style, the appropriateness of what they should wear, they lose trust in themselves and don’t listen confidently to the voice that tells them that what they are wearing feels like a lie to them. Clients don’t just want fashion advice from me, they want permission to trust themselves. And if you think about it, if you wear something with confidence, does it really matter what exactly that is? Take one scenario where a woman is wearing what is considered the right thing but feels like a fraud and another woman who wears what feels honest and truthful for them. Who do you think makes out better in the end?

Do you have good things in your closet but still don’t feel great wearing them? Does something feel off but you can’t quite figure out what it is? Do you notice that you don’t engage as confidently as you wished you did? While the things in your closet might be perfectly acceptable, they may not be perfectly acceptable for you. Don’t discount what clothing can do for you in terms of feeling good, being confident, and achieving goals, but don’t lose sight of how it works. It’s not what you wear that counts, but how you feel when you wear it that does. 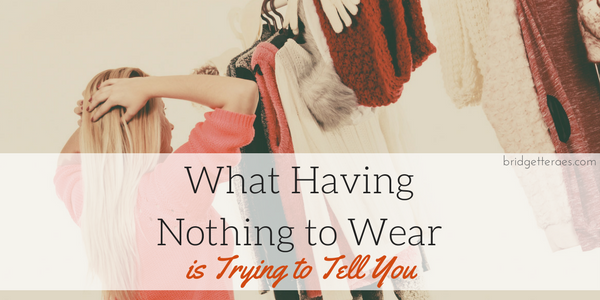 What Having Nothing to Wear is Trying to Tell You 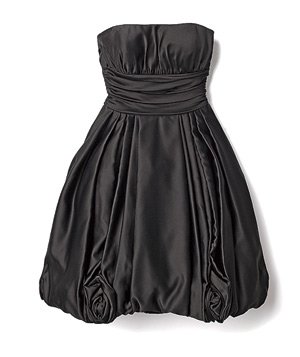 How to Maximize the Wear of Your Special Occasion Dresses

Yellow Accessories: How to Add Some Sunshine to Your Wardrobe

Yes! This is one of my struggles with finding blazers… They always feel too stuffy and I constantly wonder if that’s just how they are and I’ll get used to it. Or if I haven’t found the right one(s) yet. Or if that is a style that somehow is just not for me. And if that is the case, then what is the proper substitute as looks with dark jeans and blazers are something that catch my eye regularly?

I so appreciate the thoughts expressed in this enlightened post, Bridgette.
I understand this…and experienced it when I used to stand in front of a high school biology class. Talk about the need to find a comfortable, “this-is-me” profile! The students can sniff out phony baloney in a whiff! I found a casual but current style from Banana and JCrew were my most comfortable items. Especially on those dissection lab days!
Thanks, again, for your valuable insights!
charlene h.

That is such a great example!!

“You can’t outrun an outfit that makes you feel bad when you wear it. It will always tell on you.” Once again, Bridget, you read my mind. I’ve been winnowing my closet getting rid of mistakes. I love my pants but struggle with tops. There are several that I put on and thought, “This is pretty, but it just doesn’t feel like me.” Basic t-shirts, white buttoned shirts, v-neck sweaters — not me. I’ve started mirror sessions every morning and evening. I put on pants I love, then try various tops. I pick one to wear, then re-evaluate at the end of the day. If I feel happy, I keep it. If not, I wash it and put it in a bin to donate. Thanks for giving me the words to verbalize my discomfort with some of the things in my closet.

It’s funny isn’t it, how we just know? That feeling, like we’re wearing a costume or someone else’s clothes, even if the outfit is right, is very telling

Great post, as usual! Your insights are so valuable.
One problem I have, living in South Florida, is that my “true style” is not tropical, beach vacation casual. I would call it “Town and Country” or maybe “English Equestrian.” A look that is completely out of place in this environment! (Although I do pull out a wool tweed blazer with breeches and riding boots once a year when we have our cold day)

How I handle that is I ask myself, what would a woman who frequently wears the town and country look wear in south Florida? I take what inspires me and wonder what they would do in a different scenario. I hope that helps!

This is such a great idea! …taking what inspires me and wonder what they would do in a different scenario. I am going to be putting together a new wardrobe soon…..and I will remember this as my home base style is sporty casual.

Excellent, Suzanne. I am glad that helped you navigate this. I look forward to hearing how it all works out!

On a shoe afiocionado FB page, recently a woman posted some photos of herself in a casual outfit and asked whether her new classic white sneakers looked ok. She felt like they were “too cool” for her. Most responses said they looked great, but I don’t think she was looking for mere validation. Maybe something about the outfit wasn’t her, or didn’t resonate with her feelings about herself.

That’s a great point. If you need to get validation from everyone then something about it doesn’t feel right.

Shelbee on the Edge

This is such brilliant style advice! Clothing and how we present ourselves to the world is so important for our self confidence. I definitely can relate to those outfits that feel more like me than the others and they absolutely boost confidence when it feels right!

Bridgette Raes
Author
Reply to  Shelbee on the Edge

Thanks, Shelbee, I am glad you found this helpful!