When It’s Okay to Split Your Wears: How to Know When Duplication in Your Wardrobe is Wise 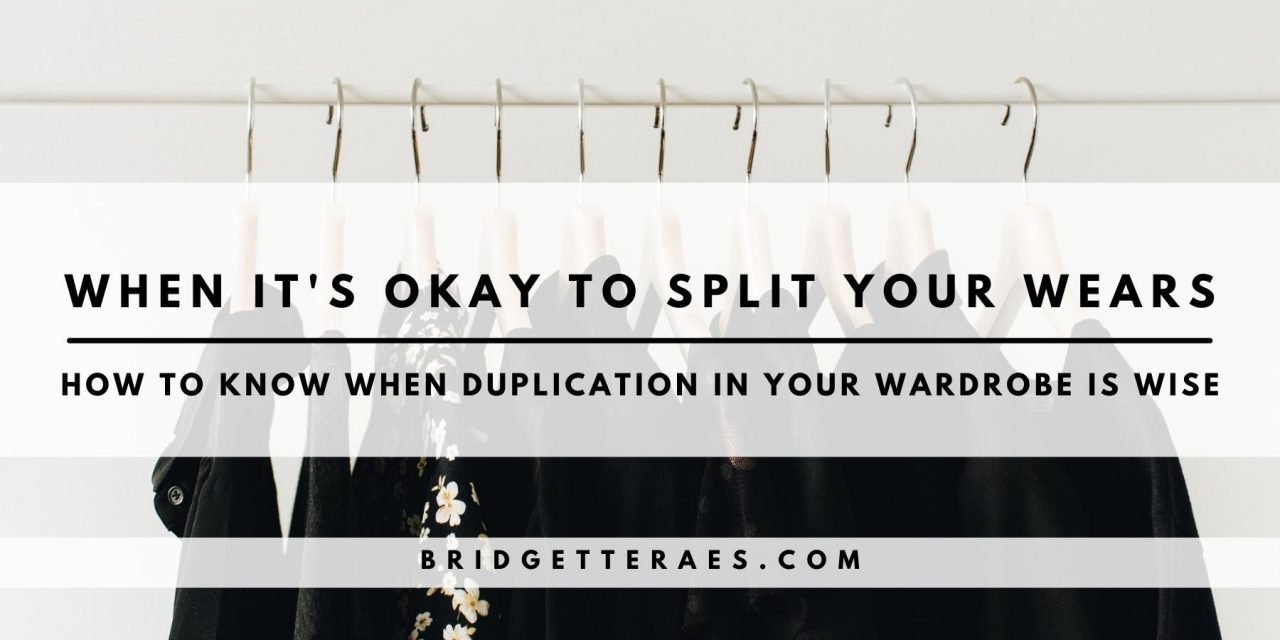 For years, I’ve been driving home a concept I developed called Splitting Your Wears. If you’re a new reader and unfamiliar with the term, splitting your wears means when you have too much of the same thing playing one role in your wardrobe. As a result, the need for that item is spread over multiple pieces which reduce the number of wears you’ll get from each piece.

I Explain it All Here in this Video

Just a side note, at the end of the video, I mention my Facebook Group and that there is a small subscription fee. The fee is now optional, so if you come on over if you haven’t joined us already by clicking here.

Since developing the concept of splitting your wears, it took hold, and over the years, I have heard it repeated back to me multiple times by readers, clients, and in my Facebook Group, who now use this concept with their own wardrobes. It’s incredible to see an idea you developed grow larger than yourself.

WHEN IT’S OKAY TO SPLIT YOUR WEARS

So now, after all these years, I am going to throw a monkey wrench into the concept of splitting your wears and suggest that there are times when it is actually smart to split your wears.

Alright, alright. Before you run out and buy 25 pairs of black pants, let me clarify what all this means.

Last week, I wrote my blog post about how successful I have been shopping resale and also shared what I bought in 2022. I showcased all the Aquatalia booties I purchased. I explained that I brought in more pairs of booties because one of the pairs I bought in 2019 I was wearing to the point that I worried I was going to wear them out too quickly. It became evident that I could use some more pairs of booties that played a similar role in my wardrobe. In my post, I said, “by bringing in more pairs, I could spread my wears out over more pairs vs. less. This would be called splitting your wears for a good reason.”

HOW TO KNOW WHEN DUPLICATION IN YOUR WARDROBE IS WISE

How do you decide when splitting your wears makes sense and when it’s just a ploy to convince yourself that you need to buy more? Here are some points you can follow to help you figure it out.

These are all six pairs of Aquatalia booties I own, in the order I purchased them. The first pair is the pair I wear most often. They are the most versatile because they are dressy enough to wear beyond casual things and the heel height is flat enough that I can wear them for work and for miles of walking. The following two I also bought in 2019. The grey pair, second from left, are my stomping around the neighborhood super casual pair and the third pair was a pair I bought for times I want to wear a little heel. Based on that, the brown pair was the most universal and got the most mileage.

The key to adding more is to add more smartly. Instead of adding more brown booties, I split my wears smartly. I added the lighter tan pair next to diversify the shades of brown, a nicer grey pair because my current grey pair are super casual and not suitable for everything I do, and the last pair I bought because I wanted one pair of platform heeled booties for moments I wanted to create a particular type of look. Splitting wears should always be thought through so that when you do expand, each piece maintains its own value. My next purchase may be a navy pair because, as you can see, I don’t own navy booties. In addition, given how much I do wear the brown pair, I still might bring in a second low-heeled brown pair in a more casual style to take the burden off my grey neighborhood stomping around boots. This brings me to my next point.

You’ve Proven to Yourself that Splitting Your Wears Makes Sense

Quite a long time ago, I blogged about a lightweight puffer coat with which my friend Cheryl had developed a love, hate relationship. On the one hand, this coat was the very best thing in her wardrobe. It had gone on countless adventures around the world, was a perfect weight, and packed well. She wore it to death. And that was the problem and why she began to hate it, she was beyond sick of it because she wore it endlessly. Cheryl reached out to me to help her figure out how to deal with her coat that I described as, high function boredom.

The one suggestion I gave Cheryl was to get a second coat that did the same thing as the coat she already owned because, in Cheryl’s case, she had proven that her original coat had become a very functional piece and it was due to her reliance on only this coat that created her ‘over it’ feelings for it. If you have pieces in your wardrobe that you grab over and over again to the point that despite liking them, you’re finding yourself feeling the equivalent of eating the same breakfast for a year every day, you’ve proven that splitting your wears and bringing in other similar pieces makes sense. Just make sure when you do bring in that next piece it’s diverse enough than the original so it feels fresh.

In a post I wrote about when it’s wise to have duplicate items in your wardrobe, I mentioned how when something is a staple, having more than one makes sense. I have multiple white and navy t-shirts in my wardrobe that are exactly the same and I’ve owned more than one pair of slim navy pants in the past. In my case, where I don’t have easy access to a washer and dryer, this has been a benefit. I also have recommended multiple pairs of pants in the same neutral color if the leg shapes are different. Again, splitting wears of basics only makes sense if there is thought and reasoning behind it.

Split Your Wears For a Good Reason and Plan Well

Splitting your wears does not give you free agency to just add more of the same in your closet without planning and consideration. The best way to know you need to bring in more is by paying attention to what you wear most often, what is starting to feel repetitive, and what you love enough to want more of. Splitting your wears also does not mean building a closet of sameness, it means adding more diversity to pieces you have already proven are your staples. 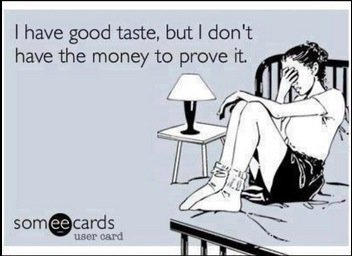 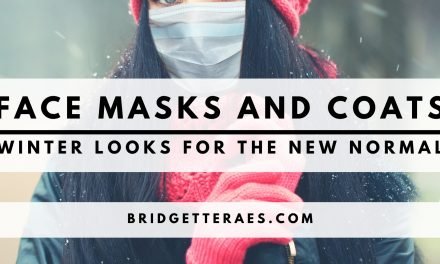 Face Masks and Coats: Winter Looks for the New Normal 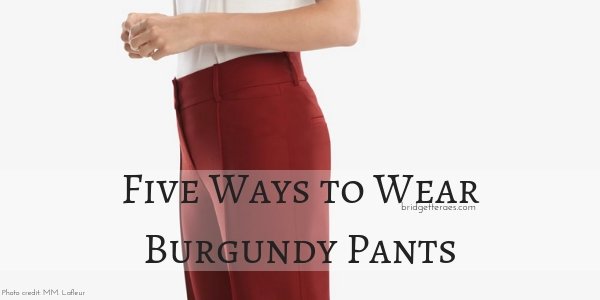 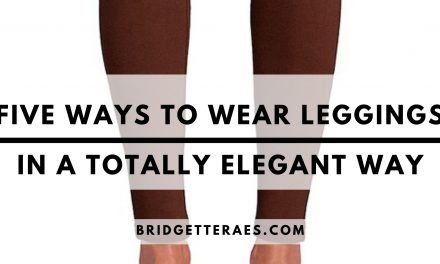 I am so glad I sat down to catch up on my blog reading tonight!

I found this viscose blend button front shirt, in a perfectly opaque-but-not-heavy white, and didn’t buy it. And then I kept searching for it and finally found it again! It fit me so well which is rare because I have longish arms but a short torso for my height.

I left the store and thought, “I should have purchased both Larges…”

I totally should have bought both because I have avoided wearing it because it’s SO PERFECT and I don’t want to wear it out. Doh.

I love it! I saw your multiple comments come in and I am happy to know I am part of your catching up. Boy, do I understand what you are describing. I found a chambray shirt at Lord & Taylor many years ago. Having a large chest, it is hard to find a style that doesn’t gape so when I found a style there I bought it immediately. When I got a stain on it, I rushed to the L&T website to replace it and saw it was on sale and bought two more. In this case, it was smart for the exact feelings you are describing. Have you been able to hunt it down on some resale sites?