Packing for a European River Cruise: How I Created a Capsule for My Client 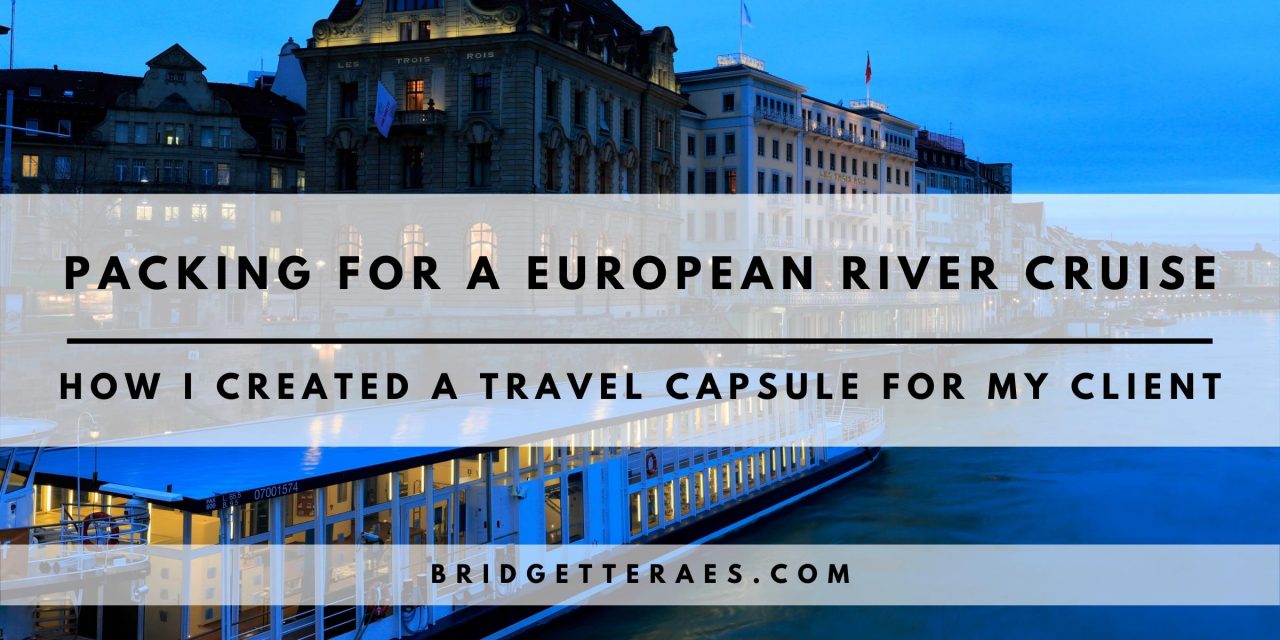 A few years ago in my Facebook Group, just for laughs, I created a funny meme with a list of 30 different ways you could tell you were a member. The list included things like having at least one dressing room photo stored in your phone, curiosity about the half-tuck, ownership of Birkenstock Gizehs, and that you have taken a river cruise or will be taking one at some point in the future.   It baffled my mind how almost daily someone asked for tips on what to pack on this type of vacation considering the group had less than a thousand members at the time.  I knew at some point the day would come when I would actually be asked to pack someone for a river cruise.  Two weeks ago, that day finally arrived.

Up until those river cruise group posts, I had no idea that people even took cruises on rivers.  Since taking a cruise to Bermuda in the 7th grade, I haven’t taken one since.  I’m not much of a cruise-y person mainly because it always seems like somebody comes home in a body bag.  Honestly, cruises seem lovely.  I just haven’t looked into them as a choice for vacationing.  When my client, Mrs. Starling, reached out to me about packing for one, I had to get up to speed.

I met my client, Mrs. Starling, many years ago and I can’t for the life of me remember how or when.  She just appeared in my universe one day and has been there since.  She isn’t a consistent client in my life and more pops in and out when she needs me, most often for bigger things like events and trips.  I named her Starling, which is a breed of bird because she has a slight appearance, much like a delicate bird that at first comes across as tender, almost fragile.  She’s petite, slim, incredibly trusting, and gentle.  I have always had this sense that I want to protect or guard her.  But then, much like a bird, I think about them out in the elements when the weather is bad and I am tucked away and sheltered in my warm home and I realize that birds aren’t as delicate as they appear, they’re incredibly resilient and strong.  Just like a bird, Mrs. Starling may appear gentle, slight, and soft, but underneath all that, she’s a strong woman who knows how to survive whatever comes her way.

I hadn’t spoken to Mrs. Starling in a while so I needed to get up to speed on this trip, her needs, and what she envisioned, while getting the guidelines she was hoping I would fill.  Clients always help with direction.  My job is to facilitate that.  While they don’t tell me what to shop for, it is my job to help bring their vision, no matter how blurry it is to start, into reality.

First, Mrs. Starling explained the trip would be ten days with some additional days at the end spent visiting a friend in Amsterdam.  She explained that there would be a lot of stops and walking.  Unlike seafaring cruises that offer a lot more relaxation, river cruises usually stop daily.  The thing that disappointed Mrs. Starling was it seemed the dress code wasn’t as up to snuff as she was anticipating it would be.  She said that people seemed to dress more casually than she wanted to dress.  It’s been a while since she has taken a vacation (which she has been in dire need of) and was envisioning herself really putting in the effort with what she wore.   So I stopped her and said, “Well, just because other people are dressing down, who says you have to?”  You can still dress casually and look fabulous!”  We finished the conversation with Mrs. Starling telling me about her love of all blues, like navy and cobalt and she agreed to send me some inspirational photos later that evening.

I received some texts as promised and it was Mrs. Starling who inspired the red that was added to her capsule when she sent me pieces from Carolina Herrera, Helmut Lang, and a few other designers who designed these clean, modern pieces that were uncomplicated and fresh.  Without knowing it, she created her own color direction, I just needed to fill in the blanks.  While Mrs. Starling was prepared to spend a decent amount of money, I would be shopping The RealReal to find many of the upscale pieces and capture the luxe look she was after to create something truly top of the line.

This is the river cruise packing capsule I presented to Mrs. Starling.  It should be noted that this is slightly modified from the original with a few tweaks after she already received a few pieces that didn’t fit.  We will continue to modify it until it’s settled.  A few more points to note:

Packing for Your Own River Cruise?

Once the color direction was set, this capsule fell together incredibly easily.  When establishing a capsule, establishing color first is the best way to edit and move quickly.  You will find that shopping is quicker, pieces work together more swiftly, and filling in additional pieces is much simpler.  River cruises are very popular vacation destinations so I hope this capsule plan helps with your packing if you take one in the future.  My special thanks to Mrs. Starling for allowing me to share how I packed her for her upcoming trip.  Bon, voyage!

If You’re a Parent, Please Mind the Thigh Gap 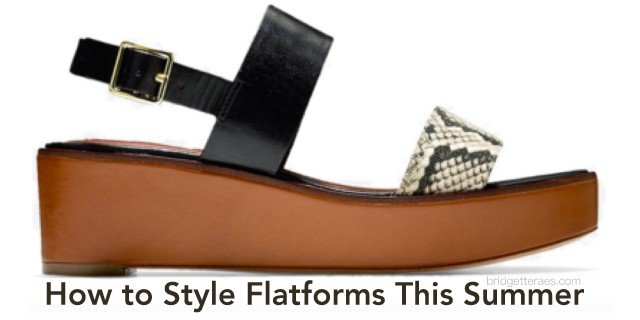 How to Style Flatforms this Summer 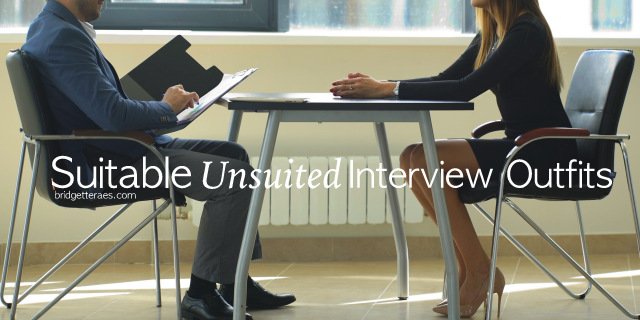 I love this. The cuts and the styling( for me, maybe pink instead of red (slightly softer contrast)). But mostly : You can still dress casually and look fabulous! . This is my end-goal. I’ve come to realize that I own enough clothes to be “appropriately dressed” i.e. not naked, to anything in my life. But I dont necessarily feel fabulous in all of it. Thanks to pandemic-life keeping me off the clothes-buying cycle, i had enough of a gap to decide: if it’s coming home/ living in your closet, it makes you look FABULOUS.

That’s great, Ezzy! Yes, the beauty of this capsule is you could easily pull out the pop color and put in any shade you want. Navy and white are just as versatile as black and white. A soft pink with navy and white would be lovely.

I hope the white pants are washable in your cabin sink and dry quickly. Laundry is mostly DIY on board. I note the Akris pants are dry clean only.
Another point about footwear, the streets are mostly cobblestone, and you need very sturdy shoes.
Otherwise, kudos on a lovely dressy style.

How much laundry does someone need to do on a 10-day cruise, especially with tailored pants? I maybe launder my dry clean only pants twice a season. Plus, she has the Hockley pants from MM Lafleur which are washable should she need to. Mrs. Starling has plenty of outfit options should those white pants go out of commission and a little spot remover would certainly be sufficient vs. needing to wash the whole pair. The lug sole loafers should be fine for cobblestone streets as should the slip-on sneakers. The flats weren’t really intended for heavy walking.

To tell the truth, your article is so motivating and it inspired me to a huge extent because you created a lot of pieces of art. I can say that this capsule stands out with its originality and truly wonderful color scheme. From my point of view, everything looks so harmonious and everything has such a unique concept, looking very comfortable. Also, I am amazed with the fact that these clothes are thought to the smallest details. I absolutely agree with you that establishing color first is the best way to edit and move quickly because it is the smartest strategy to achieve success and create clothes with a stylish design. Also, I really like that your capsule is multi-faced and all outfits are really comfortable and restrained, but so modish at the same time!

Thanks, Marina! I appreciate the comments. I was really inspired by this capsule and happy with the outcome. I appreciate that it resonated with you too.