How to Style Loafers 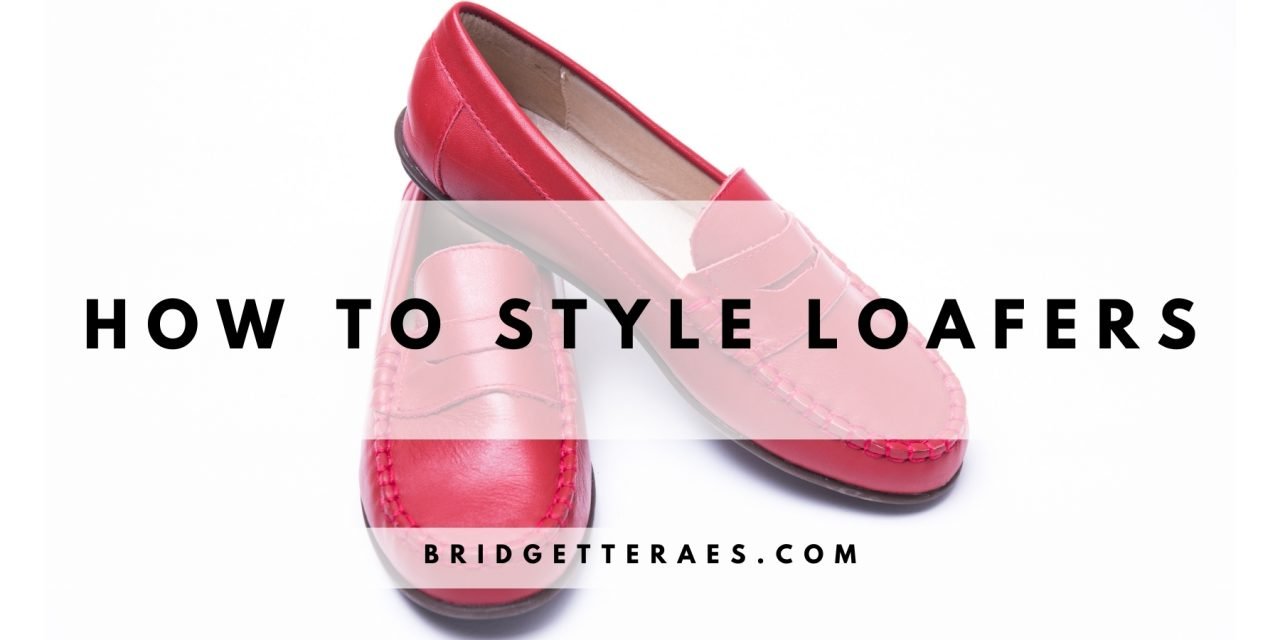 Loafers are having a moment. Over the years, I have certainly put clients in loafers but I’ve never considered them to be star players. There was one year where it seemed every client purchased these silver metallic loafers from Cole Haan but other than that, I don’t really remember loafers being a hot requested item. That has all changed and now all I do is look for loafers. This has everything to do with the pandemic and how we have gotten to the point where we’re just not interested in being uncomfortable. Women are trading out their once beloved heels for flatter shoes and because we’re choosing pants over skirts and dresses —again because of that comfort factor — loafers are even being chosen over ballet flats for their greater support, more structure, and professional appearance.

So we’re all navigating the world of loafers after a period of time when, for many of us, these shoes were just sort of ancillary items in our wardrobes. We’re realizing just how many different types of loafers exist and aren’t exactly sure what styles go with what, which styles look better with which, and how to wear them. In fact, a conversation broke out in my Facebook Group about whether or not loafers and ballet flats were interchangeable items to which there was no simple answer. It seemed like the perfect time to do a refresher post on this style.

HOW TO STYLE LOAFERS

I have put together five outfits using different loafers with tips on how to wear each one. And be sure to shop for additional styles at the end of this post.

Starting with this sleeker version of a classic loafer from M.Gemi, this style has a few things going for it that make it versatile. First, it’s not a clunky loafer that lends itself well to a more refined look that isn’t too casual in appearance. It works well for a professional outfit or a more polished casual one. The style is also sleek enough that it could work with some dresses and skirts but this would be on more of a case-by-case situation. If you are looking to maximize the versatility of your loafers, a finer, classic style like this one is the way to go.

I styled these loafers with a pair of taupe plaid pants from Peserico, a simple silk blouse from Kobi Halperin, and a cashmere cardigan from Eileen Fisher. I finished the outfit with a gold-plated link necklace from Alexis Bittar.

Every time I see that clunky loafers are making a comeback, I kick myself for selling a pair of brown Gucci loafers I was convinced I would never wear again. Yes, lug sole loafers are back and are definitely the polar opposite of the loafers in the last look. They can be work-friendly with dress pants but they look best styled casually and many looks are showing them with ankle-length straight-leg jeans.

I styled these deep green chunky loafers from Franco Sarto with straight-leg jeans from Madewell, a classic v-neck t-shirt from J.Crew, a plaid boyfriend blazer from Theory, and a printed square scarf.

You can use a pair of loafers, like this style from Steve Maden, like a ballerina flat alternative. If you look at the shape, style, and heel, they have many characteristics of a pair of flats but with qualities of loafers. A pair like this can be worn in all the places you would wear a pair of classic flats, including dresses and skirts as long as the length of your skirts and dresses proportionately work with flats.

I styled the loafers with an olive sheath dress from M.M. Lafleur and an ivory cardigan from Theory. I finished the look with a chunky polymer statement necklace in gold.

Next up, driving loafers. Do you know why they’re called that? Basically, they were created in order for the driver to create a closer bond with the car when navigating the gas and brake pedals. The shoes have a greater grip and all driving loafers have that iconic rubber sole that runs up the back of the shoes. Think about the position your feet are in when you drive and how the back of your foot rests. Not only do driving loafers provide better grip, but the rubber also protects the back of the shoes from rubbing on the floor of the car when driving. What was originally designed for practicality during a time when shoes were very clunky and hard, eventually went on to become a fashion statement and the elegant, simple design connected to luxury.

I love the look of driving loafers (or driving mocs as they are often called.) They fit my style sensibility but, unfortunately, look horrible on my feet. The casual aspect of the shoes can look very slipper-like in appearance and between that, my fat ankles and small feet, instead of looking cool and sleek, I look like an old grandpa who chases kids off his lawn and tells his grandkids the price of bread in 1942. Therefore, I just admire them at a distance.

Given the casual nature of driving loafers, the style is best suited for casual outfits and maybe work environments where dressing down is acceptable. This is not a loafer style for dressing up. I styled this shocking pink pair from Kate Spade with a pair of tailored pull-on pants from J.Crew, a tunic chambray button-down, and colorful hoop earrings from Lele Sadoughi.

Lastly, the classic penny loafer that has been around since Moses wore short pants (actually the early 1930s) and has a history that started in Norway, then called the Aurland shoe and was inspired by the indigenous people of North America. Interestingly, the word loafer began when a company out of New England took the Norwegian design and created something they called The Loafer. That word then went on to become the universal word for this type of shoe, same as Kleenex is used for tissues. In 1934, G.H. Bass began manufacturing their own loafer they named Weejuns, seemingly named after the loafer’s Norwegian country of origin, and they added the iconic strip and half-moon slit opening. By 1950, before trainers were invented, teenagers adopted the classic Weejun as their shoe choice and started putting pennies and dimes in the slots on their shoes. This is how the penny loafer got its name.

This Cole Haan pair is the style I was referring to earlier that so many clients bought one year in silver metallic. It’s a style Cole Haan runs every year in a variety of colors. The penny loafer works great casually or with more business casual work looks. I styled this burgundy pair for work with a pair of relaxed tailored pants from M.M. Lafleur, a short sleeve grey cashmere sweater, burgundy belt, double-ring drop earrings from Karine Sultan, and a purple monochromatic abstract scarf.

If you’re feeling loafers are right for your wardrobe. Check out these additional styles.

The Cost Per Wear Equation: Cheap Can Come at a High Price Tag 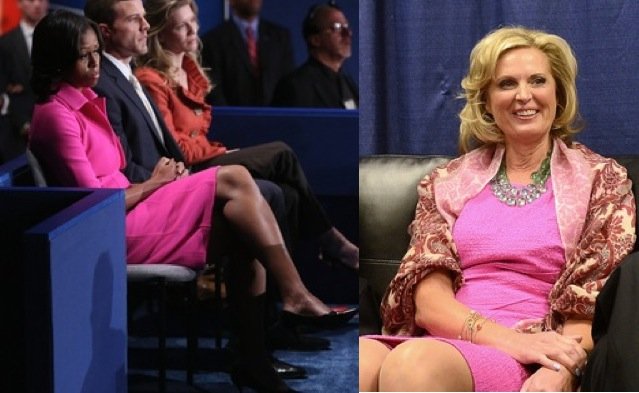 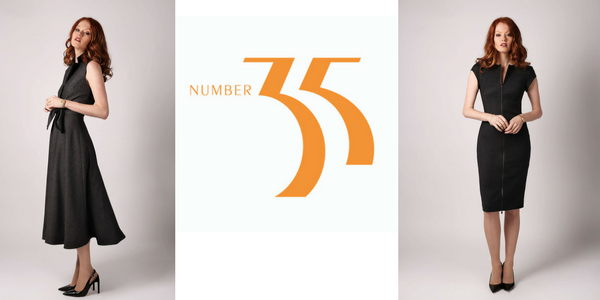 I would love to try loafers – more like the first pair you showed, as I prefer the pointy-toe look for work. (oh the challenge of finding pointy-toe FLAT ankle boots!!!). My big question : socks. How do you handle socks with refined loafers!?!?!? They feel odd, clunky, not refined/sleek. But there’s no way I’m adding them to my work rotation without socks. How do you suggest going about it? (add to that, I’m a fan of colorful, patterned socks to make me smile during the work day… bonus challenge). Thanks for showing so many options – I sometimes hear “loafers” see in my head the lug-sole ones, and say a firm “no thanks”. I appreciate you expanding our horizons.

Marc Fisher makes a lovely pointy toe ankle boot, FWIW. It’s called The Vincent. The best socks for more refined loafers are definitely trouser socks which are thinner and usually made of nylon. Typically, they are a hair thicker than knee-highs and a bit thinner than socks. I’m not sure you’ll find a ton of colorful patterns but you will solve your sock issue.

Thanks! I’ll look for trouser socks. Always good to have options in the sock drawer!

Re: The Vincent… just looked it up and it is FAB. But i think the heel is too high for me. The last set i had that i loved was Nine West’s Orion – the heel is so low it accommodates my orthotics really well.

If driving mocs bring you joy, wear them! And please be kind to yourself and your body. You wouldn’t say something like that to one of us, and I’d love to see you being as nice to yourself as you are to your clients. You deserve it!

You’re sweet Amanda and I appreciate you coming to the defense of my body but I’m really just stating a fact with literally no judgment of my body. It’s just the way it is. After nearly 48 years of inhabiting it, I’ve come to accept that there are some things that don’t work and that is okay. My legs may be big and chunky but they get me from point a. to point b. with strength and agility. I don’t see the point in wearing or spending money on anything that doesn’t work. I have also sworn off ankle strap shoes and all is right in my world. But it was awful kind of you to want to make sure I am loving my body and myself.

I think I know the answer but any chance they can go with bootcuts? I have hips so wear bootcuts but also can’t wear pointy toes! So I usually roll heeled boots as nothing else seems to work.

Bridgette Raes
Author
Reply to  Me

Yes, sure. Loafers can work just fine with bootcut pants.